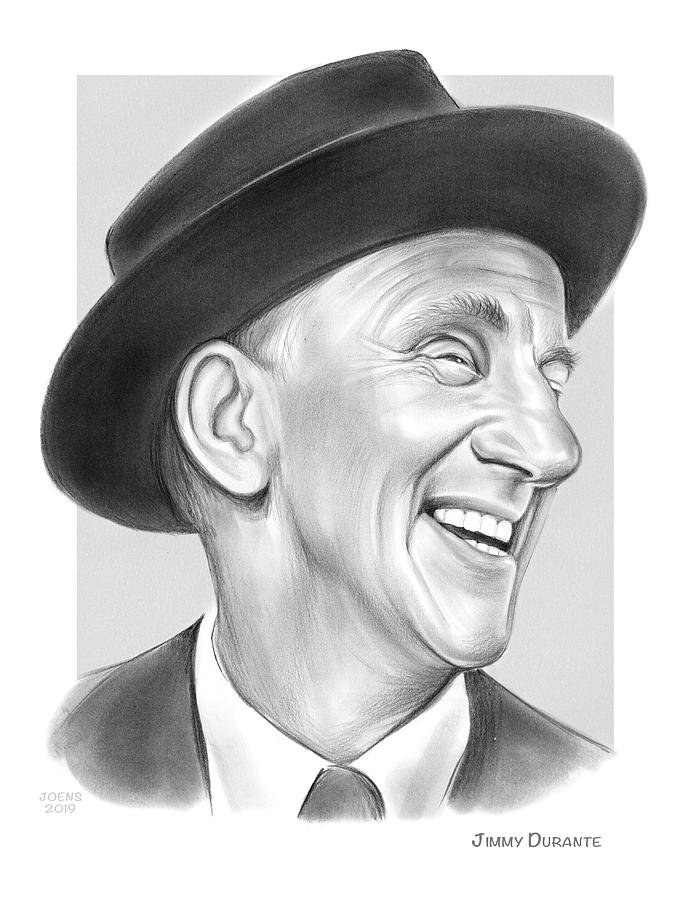 James Francis Durante (February 10, 1893 – January 29, 1980) was an American singer, pianist, comedian, and actor. His distinctive clipped gravelly speech, Lower East Side Manhattan accent, comic language-butchery, jazz-influenced songs, and prominent nose helped make him one of America's most familiar and popular personalities of the 1920s through the 1970s. He often referred to his nose as the schnozzola (Italianization of the American Yiddish slang word "schnoz" [big nose]), and the word became his nickname.

You look like a young guy...Do you remember all these folks that go way back or maybe you do research? Either way, your portraits a fabulous.

I remember Jimmy Durante... seems like another lifetime ago though... so much has changed over the years. Durante passed away the year I graduated from High School.