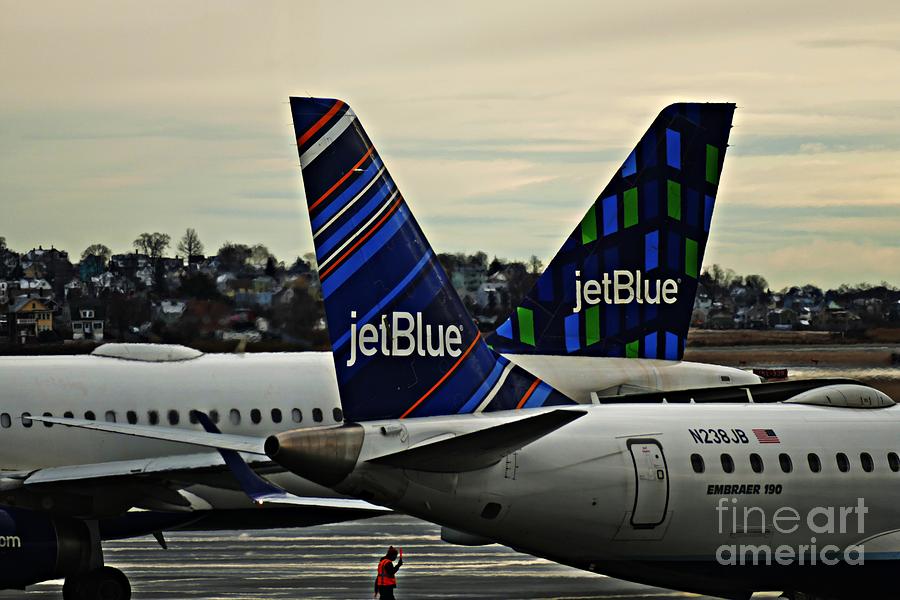 Per Wikipedia: JetBlue Airways Corporation, stylized as jetBlue, is an American low-cost airline headquartered in New York City. A major air carrier and the seventh-largest airline in North America, as well as the sixth-largest airline in the United States. JetBlue is headquartered in the Long Island City neighborhood of the New York City borough of Queens, with its main base at John F. Kennedy International Airport. It also maintains corporate offices in Cottonwood Heights, Utah and Orlando, Florida. JetBlue is not a member of any of the three major airline alliances, but it has codeshare agreements with 21 airlines, including member airlines of oneworld, SkyTeam, Star Alliance, and unaffiliated airlines.

As of May 2018, JetBlue serves 102 destinations in the U.S., Mexico, the Caribbean, Central America and South America.

Note: The watermark will not appear on the prints you purchase.

Thank you, Ben! But I didn't actually do selective coloring. It was such a gray rainy day this was what the colors looked like.

Great timing on this shot Sarah.