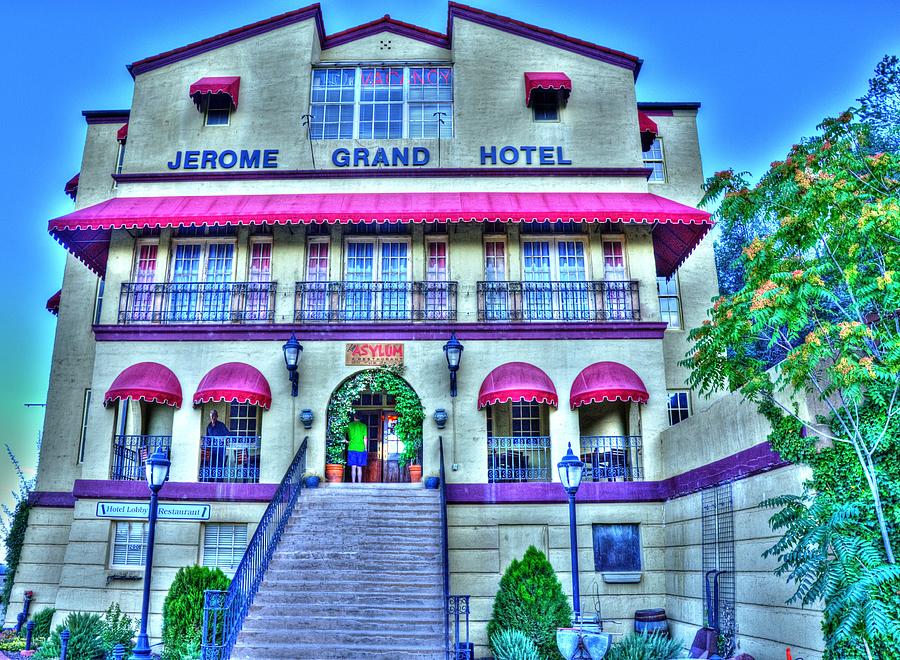 The Jerome Grand Hotel is perched on the side of a 50 deg. slope in Jerome Arizona. It was built in 1926 and operated as the United Verde Hospital until it closed in 1950. During the 1930s it was considered to be the most modern and well equipped hospital in the western states. The hospital sat dormant for 44 years until it was purchased in 1994. It was then restored and opened as a hotel. Due to the high paranormal activity and numours ghost sightings, it is a popular destination for ghost hunters and has been featured on the TV shows Ghost Adventures and Paranormal Challange. The hotel still operates the original Otis Elevator which was the first self service elevator. The hotel offers fantastic views of the Verde Valley as it sits high on the hillside at 5240 feet above sea level.