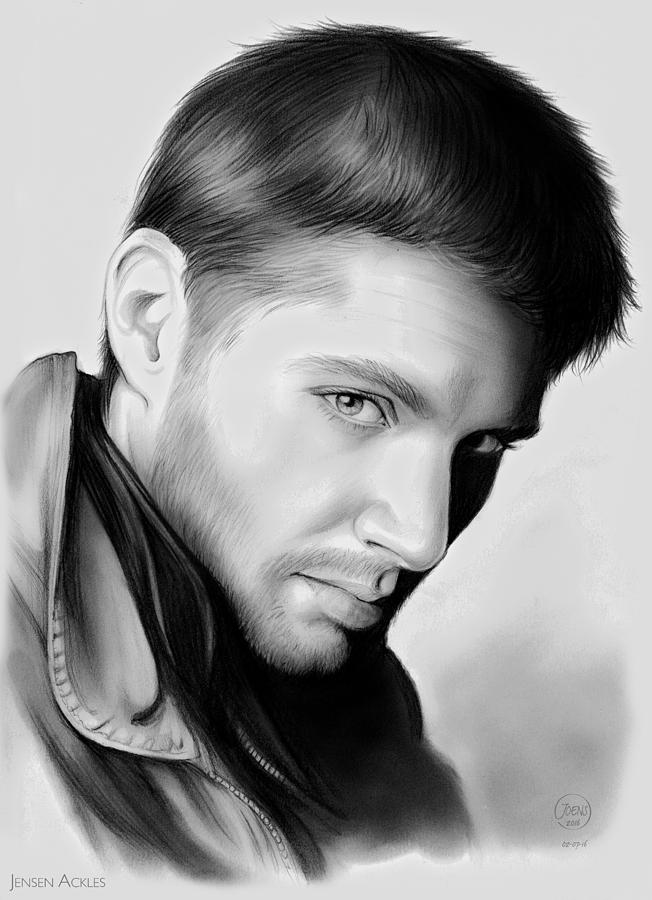 Jensen Ross Ackles (born March 1, 1978) is an American actor and director. He is known for his roles in television as Eric Brady in Days of Our Lives, which earned him several Daytime Emmy Award nominations, as well as Alec/X5-494 in Dark Angel and Jason Teague in Smallville. Ackles currently stars as Dean Winchester on the CW series Supernatural. Source: Wikipedia

This is a great drawing, Greg. It's very expressive. I especially like the way you did the hair and the beard. You also captured a certain look in his eyes. . . . F