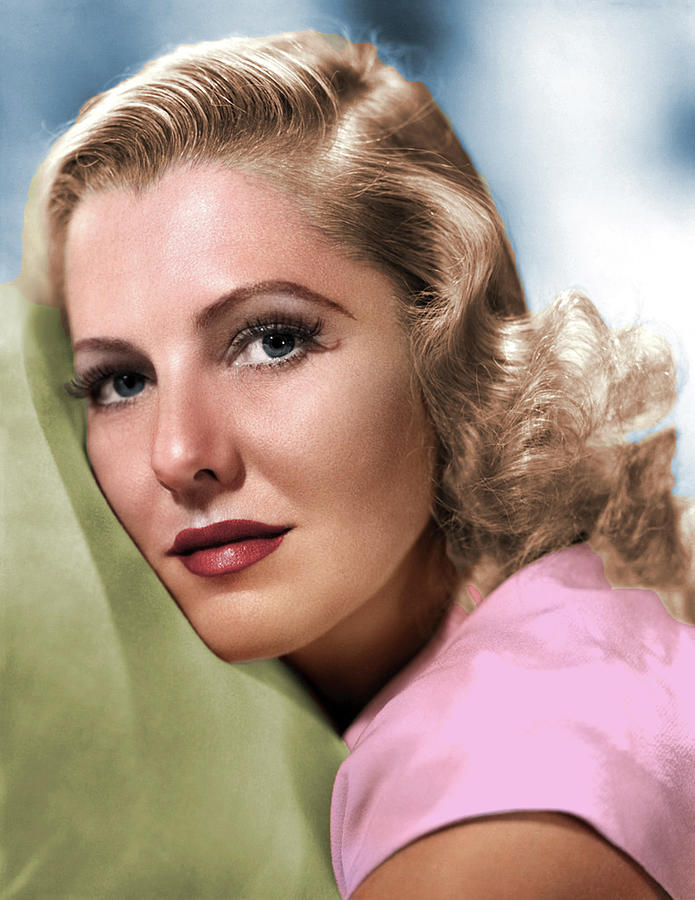 A colorized vintage portrait of Jean Arthur (1900-1991), an American Broadway and film actress whose career began in silent films in the 1920s and lasted until the early 1950s.