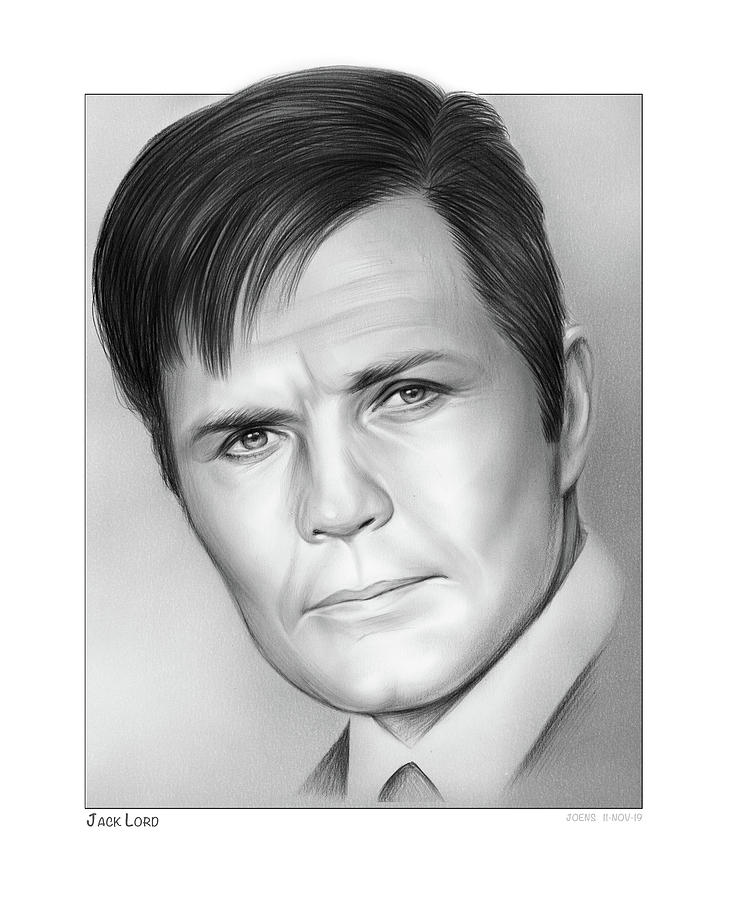 Sketch of the Day:
Jack Lord
John Joseph Patrick Ryan
December 30, 1920 – January 21, 1998
Was best known by his stage name, Jack Lord, was an American television, film and Broadway actor, director and producer. He was known for his starring role as Steve McGarrett in the CBS television program Hawaii Five-O, which ran from 1968 to 1980.