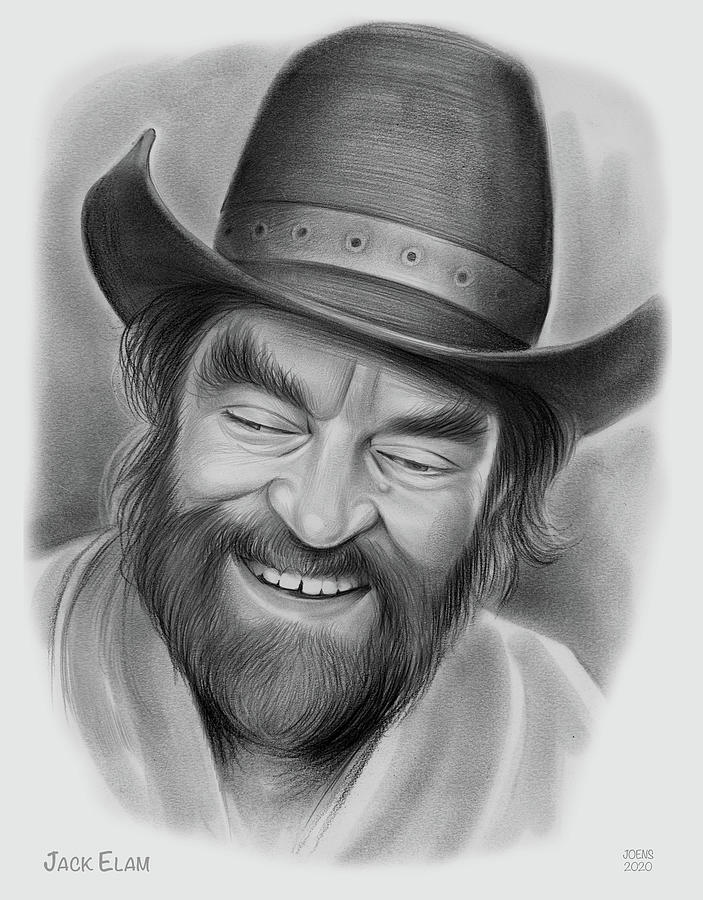 William Scott "Jack" Elam (November 13, 1920 – October 20, 2003), was an American film and television actor best known for his numerous roles as villains in Western films and, later in his career, comedies (sometimes spoofing his villainous image). His most distinguishing physical quality was his misaligned eye. Before his career in acting, he took several jobs in finance and served two years in the United States Navy during World War II.

Elam played in 73 movies and made appearances in 41 television series. Some of his more memorable performances were in Once Upon a Time in the West, High Noon, Support Your Local Sheriff!, and on the anthology series The Twilight Zone, and on the series Gunsmoke.