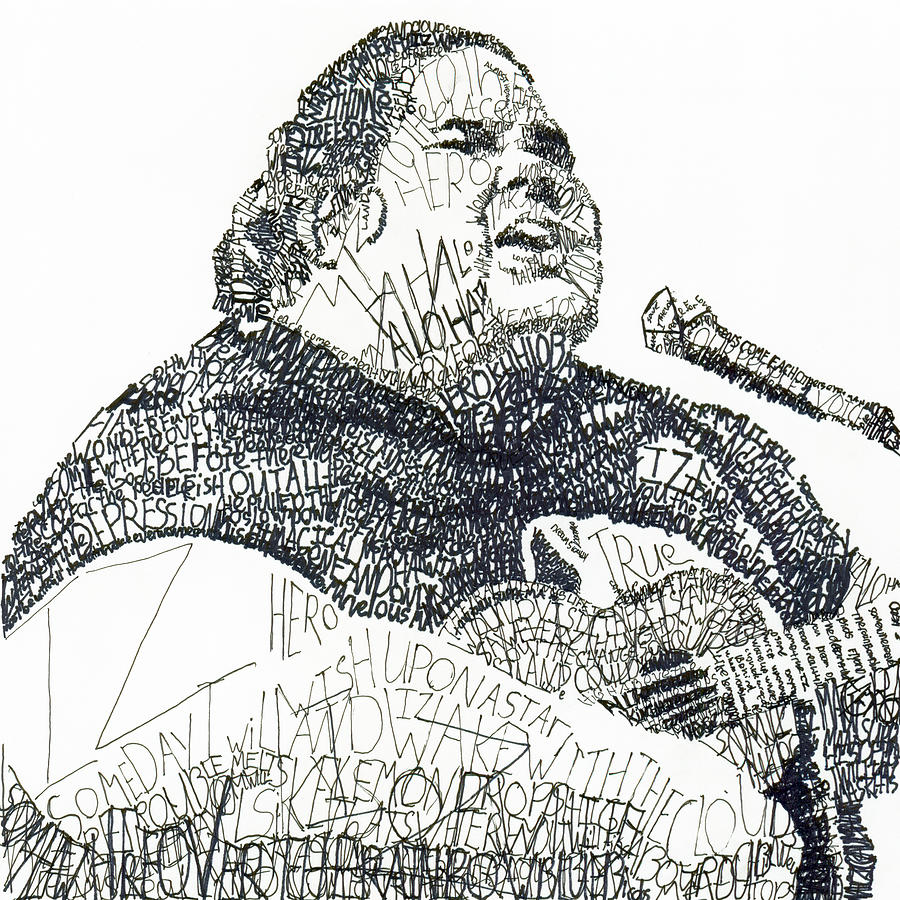 !srael Kamakawiwo`ole is a native Hawaiian who has a lot of pride for his people. In his song �Hawaii �78� he talks about the loss of his father to depression and to obesity. He felt that his father was depressed because their culture was dying due to an increase of Western economic interest in the Hawaiian Islands. He felt that he was losing his identity as a native Hawaiian. He wanted to do something about it and instead of acting out violently he made some of the most beautiful music a person could ever hear. I chose to use his song lyrics to create his identity. I feel that his identity is also a direct reflection of the identity of his people.

Congratulations on your sale Michael Volpicelli !!

Miss IZ- Nice tribute to him and his music. Congratulations on the sale.

Awesome work of art Michael! congratulations on you sale! L/F

Hats off to you on a fantastic tribute. Your approach to this mirrors your words perfectly. I think this is a wonderful work of art. Thank you for sharing it with us.

Your art is fantastic. Love them all.

Thank you all very much for your kind words and support!! :)

Congratulations on your Art sale!