Island In The Storm 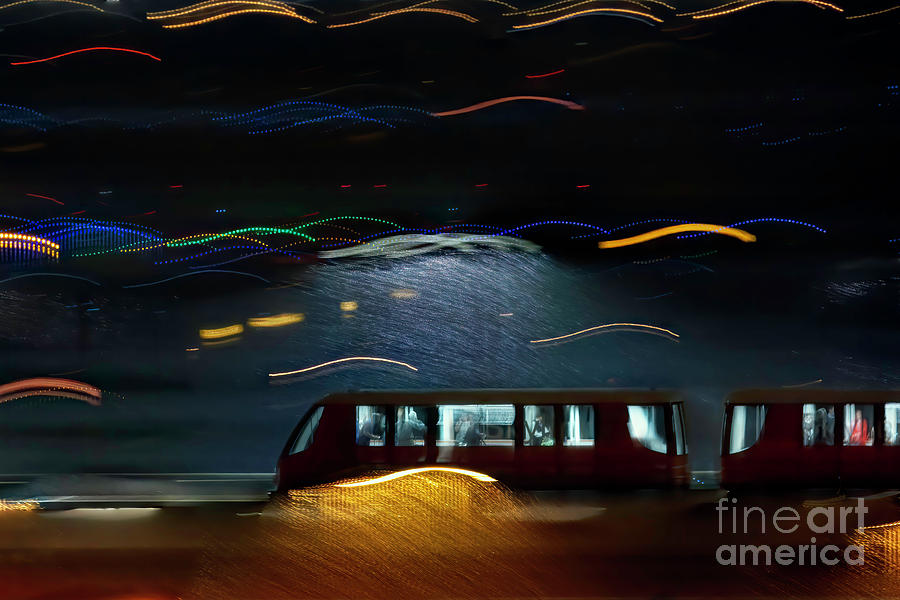 Island In The Storm

Here is one of my happy photographic "accidents." I think this HDR photo highlights the isolation and vulnerability of travelers while leaving the comforts of home. During a torrential rainstorm from a passing fall cold front, a DFW airport shuttle calmly made its rounds, sheltering its disparate load of passengers as it delivered them to their various stops. Some were coming home from a business trip, some departing for a long-awaited vacation or going to visit distant lived ones, maybe to a funeral, each in their own little worlds as they met for a few minutes in their dry, brightly lit cocoon.

Like most of my photos, I had a vague concept of the final product as I captured a series of bracketed photos while looking from the balcony of my hotel room in the middle of DFW airport. I had a concept of creating a movement of background color with an interesting foreground subject. Most of the many photos i captured were uninspiring, until I came upon this series of three consecutitve hand-held shots panning to focus on the shuttle as it passed. The blurred streaks of colored lights from the runways undulated like waves during the longer exposure shot. I decided to try combining them as an HDR, knowing that nothing would match except for the shuttle. After masking for ghosting effects, this was the final product. The fastest of the three shots had a clearer view of the interior, but I chose to keep the blurring of the passengers to maintain the feeling of anonymity and loneliness. The final result makes me think of the sense of isolation I get from Edward Hopper's painting, "Nighthawks."