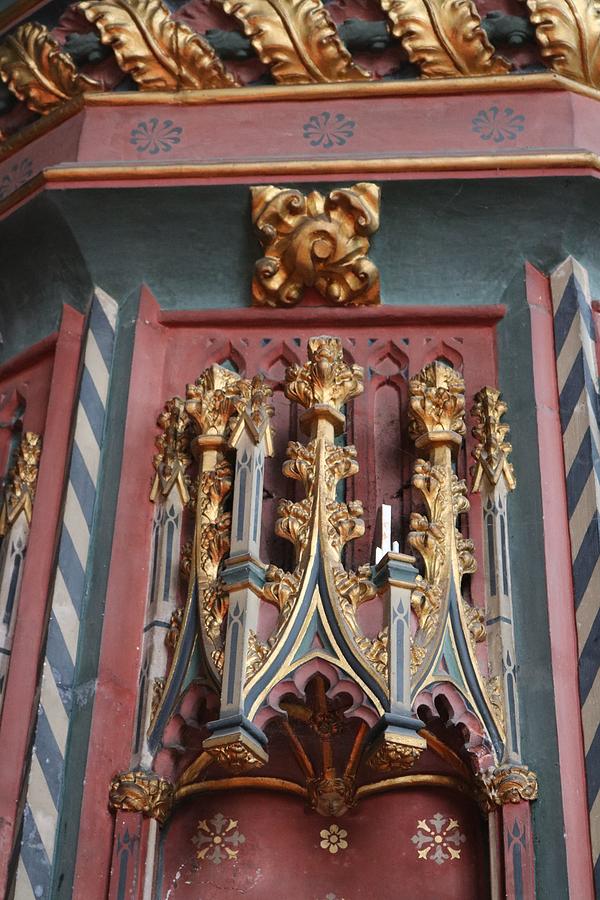 St Mary’s Church, Totnes is a Grade I listed parish church in the Church of England Diocese of Exeter in Totnes, Devon
The church was built as part of the Benedictine Priory of St Mary. The townspeople came to an arrangement with the priory for the complete rebuilding in the 15th century, and the church was rebuilt in sections with the nave being done first between 1432-44, the chancel between 1445-48, the tower between 1449-59 and the screen from 1459-60. The mason Roger Crowden is noted as having designed the tower, and given the similarity in style for the rest of the church, he may be responsible for the whole works.
In 1824 the outer north aisle was added. This north aisle was modified in 1869 by Sir Gilbert Scott who added additional seating which allowed for the removal of the western galleries and the galleries in the rood loft
The church is noted for the monument to Walter Smith who died in 1555. It is erected in the south chancel aisle and comprises a tomb-chest in an ogee recess with quatrefoil decoration.

Congratulations, your picture has been FEATURED on the home page in the group DEVON AND CORNWALL IN THE SOUTHWEST OF ENGLAND UK on 26th May 2022. I have Liked and Favourited this one....a lovely picture. You may see your image on the group home page and also in Discussions for this week's features. New Contest for Pubs and Pub Signs – please read the rules – now open for entries. The link to both of these subjects may be found on the group e mail and messages here are greatly appreciated. Thank you.