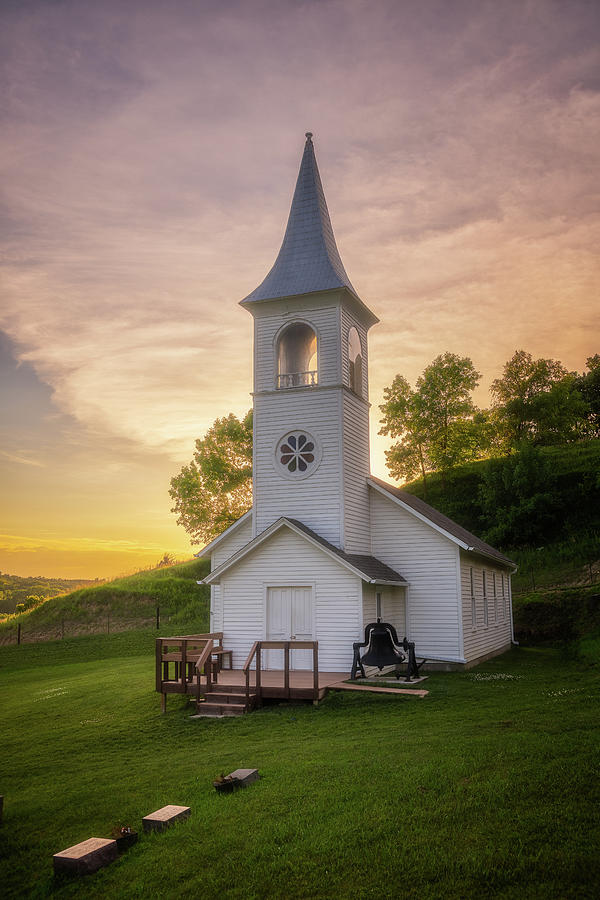 Contact me directly for best prices on canvas and loose prints. -
Info from www.iagenweb.org -
The church was built in 1884 on 200 acres of land donated by John H. Johnson. An argument in 1895, caused a split, so that an Upper Danish Church was built on a hill. Ingemann Church was usually called Lower Danish Church. Church meeting is held every year on Memorial Day. In later years Upper Danish Church bldg. was torn down and Bethesda Lutheran Church in Moorhead was built. This Ingemann Church served many of the Danish families who lived in the nearby hills. In 1890 Peter Johnson founded and also was janitor of the church that he had helped found.

Beautiful church, and wonderful sky above it!