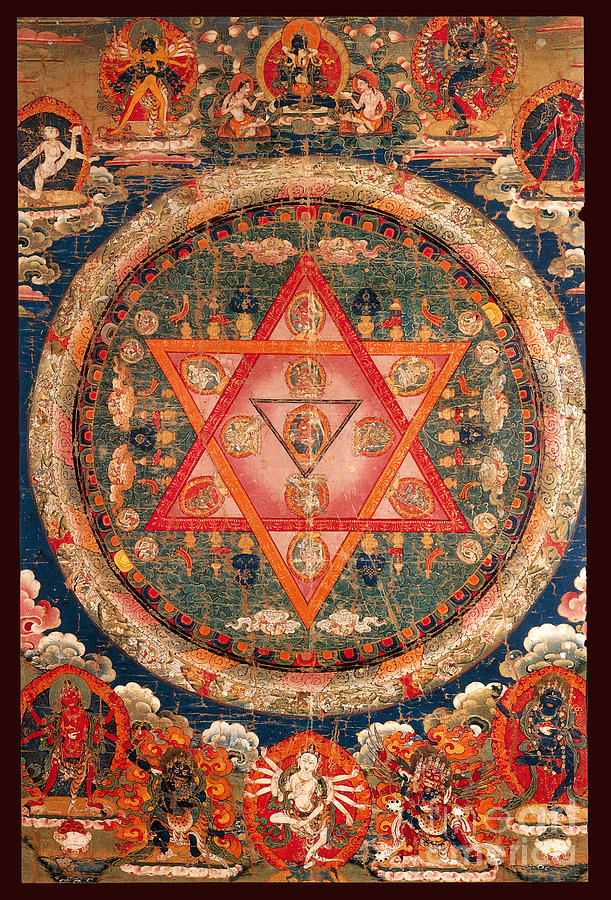 Indian Shatkona Mandala, The Shatkona (षट्कोण) is a symbol used in Hindu yantra; a “six-pointed star” is made from two interlocking triangles; the upper stands for Shiva, Purusha, the lower for Shakti, Prakriti. Their union gives birth to Sanat Kumara, whose sacred number is six. The Shatkona represents both the male and female form, as a symbol of the divine union of masculine and feminine and as source of all creation; more specifically it is supposed to represent Purusha (the supreme being), and Prakriti (mother nature, or causal matter). Often this is represented as Shiva / Shakti.[1] It is often referenced that the Satkona/Shatkona is the symbol of the Hindu deity known as Sanat Kumara (and by many other names).