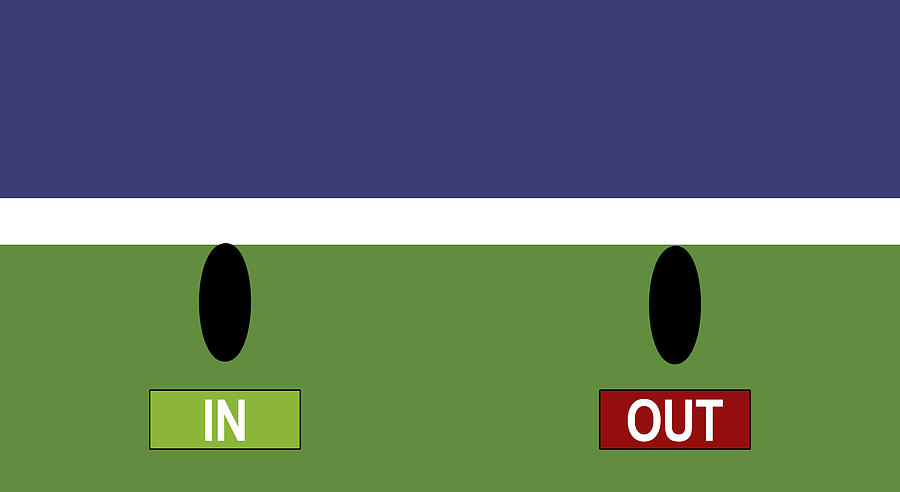 Hawk-Eye is a complex computer system used officially in numerous sports such as cricket, tennis, Gaelic football, hurling and association football, to visually track the trajectory of the ball and display a record of its statistically most likely path as a moving image.
Hawk-Eye was developed in the United Kingdom by Dr Paul Hawkins. The system was originally implemented in 2001 for television purposes in cricket. The system works via six (sometimes seven) high-performance cameras, normally positioned on the underside of the stadium roof, which track the ball from different angles. The video from the six cameras is then triangulated and combined to create a three-dimensional representation of the trajectory of the ball. Hawk-Eye is not infallible and is accurate to within 5 millimetres (0.19 inch) but is generally trusted as an impartial second opinion in sports.
It has been accepted by governing bodies in tennis, cricket and association football as a technological means of adjudication. Hawk-Eye is used for the Challenge System since 2006 in tennis and Umpire Decision Review System in cricket since 2009. Hawk-Eye is currently in the process of being implemented in association football for the Goal Decision System. The system was rolled out in time for the 2013-14 Premier League season as a means of goal-line technology.