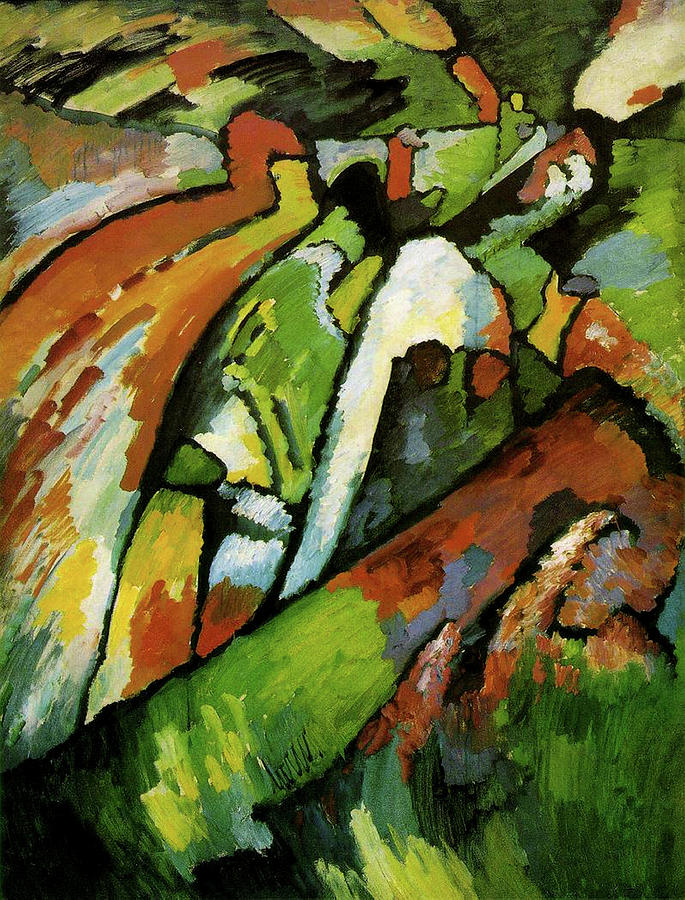 This is a reproduction of Wassily Kandinsky’s “Improvisation VII” of 1910. Kandinsky was born in Moscow in 1866 and was raised in Odessa. He began painting at the age of 30 and is credited as the first artist to paint a modern abstract work of art. After 22 years in Munich, Kandinsky returned to Russia in 1918 but found his art was not in favor. He returned to Germany, but the rise of the Nazis in 1933 led him to remove to France. He died there in 1944. This 1910 composition is one of Kandinsky’s most famous and is a wonderful study in form and color. The original painting is in the Tretyakov Gallery in Moscow.