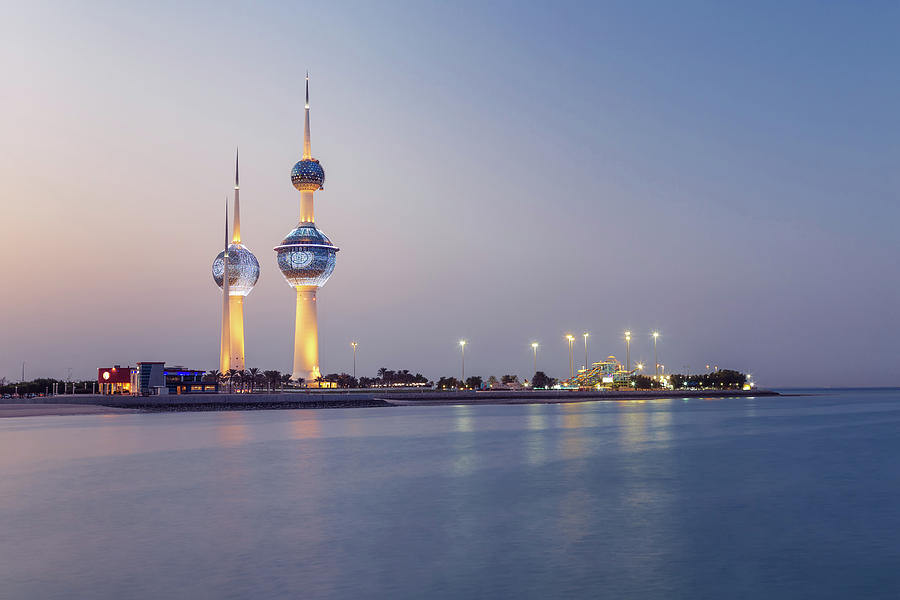 The Kuwait Towers stand on a narrow promontory of land in the Persian Gulf. The 3 towers The Kuwait Towers have become a national landmark and symbol of the gulf state of Kuwait and opened in 1979.

The tallest of the 3 towers stands 187 metres high and has two spheres on it, the upper sphere being a revolving cafe, while the lower sphere is a water tank holding just over 1, 000, 000 US gallons.
The second, smaller tower is 147 meters tall and its sphere also holds over 1,000,000 US gallons of water.
The third tower has no sphere on it and is used as storage, holding the equipment which controls the night time light show which is displayed on the spheres.