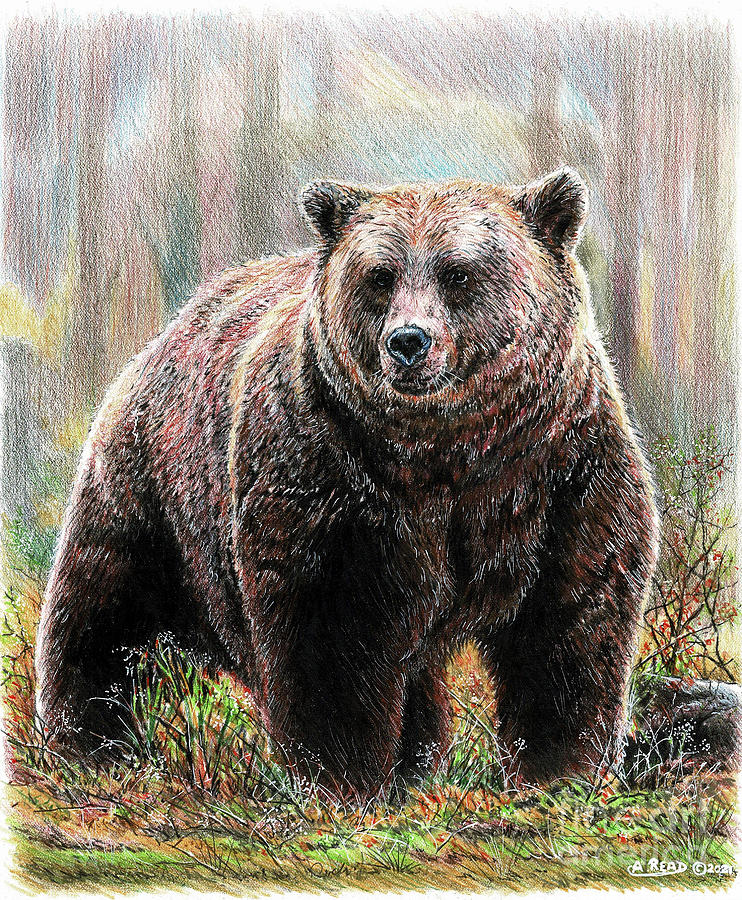 Your artwork has been featured on the homepage of FAA Gallery Home For All Artists Who Create. Please post your amazing artwork in our` Archive your FEBRUARY Features` discussion.

Thank you so much CAROLE :)

Thanks very much for featuring my work.

Thanks so much David!!

Thanks very much, John!!

What a beautiful drawing, Andrew! A beautiful bear portrait with an amusing title!

Thank you so much, Sarah!!

Impressive, Andrew! Your work is Masterful. We had brown bear that regularly traveled through our backyard in NJ and it was both an exciting and fearsome sight! This certainly looks like 600 lb. PAPA! LOVE the tipping of the fur...oh my, the strokes and preplanning involved!! This CP painting takes my breath away!..LF

Andrew, I love what you have done with this one. VLF