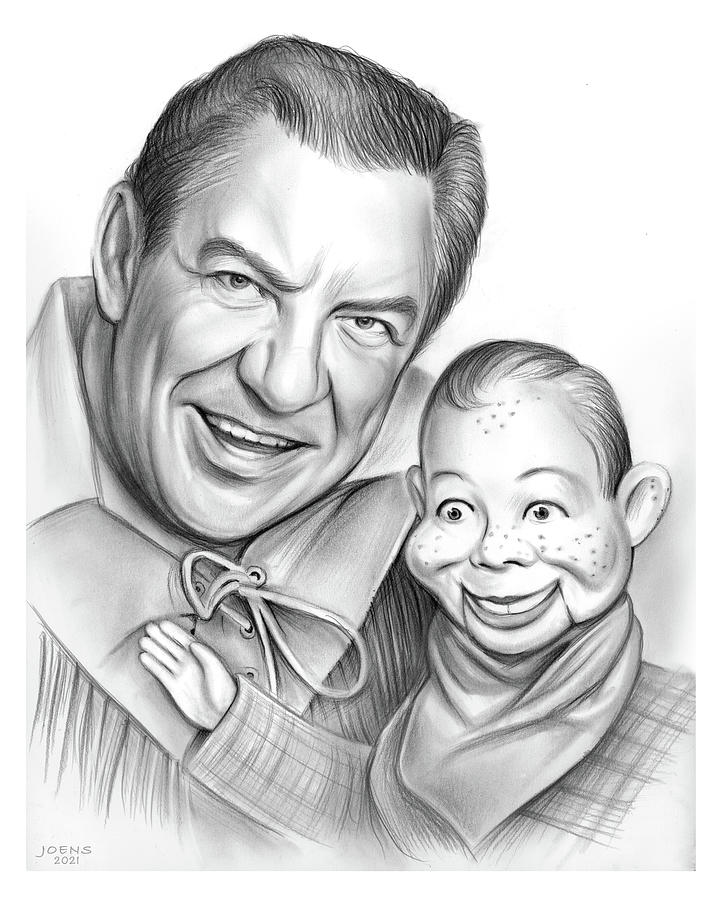 Howdy Doody is an American children's television program (with circus and Western frontier themes) that was created and produced by E. Roger Muir[1] and telecast on the NBC network in the United States from December 27, 1947, until September 24, 1960. It was a pioneer in children's television programming and set the pattern for many similar shows. One of the first television series produced at NBC in Rockefeller Center, in Studio 3A,[2] it was also a pioneer in early color production as NBC (at the time owned by TV maker RCA) used the show in part to sell color television sets in the 1950s. Source: Wikipedia