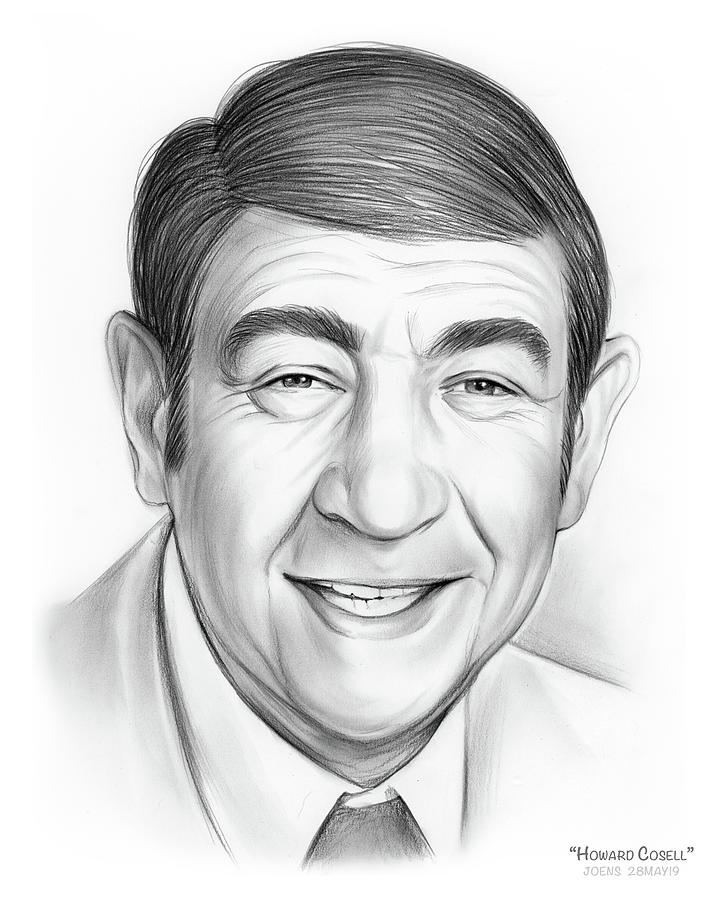 Howard Cosell was an American sports journalist and author, who was prominent and influential on radio, television and print media from the early 1960s into the mid 1980s. He was also an actor who played minor roles in several TV programs and movies. Cosell was widely known for his blustery, confident personality.

Cosell said of himself, "Arrogant, pompous, obnoxious, vain, cruel, verbose, a showoff. There's no question that I'm all of those things."

In its obituary for Cosell, The New York Times described Cosell's effect on American sports coverage: "He entered sports broadcasting in the mid-1950s, when the predominant style was unabashed adulation, [and] offered a brassy counterpoint that was first ridiculed, then copied until it became the dominant note of sports broadcasting."

Congratulations on your sale Greg!

Congratulations on your sale of this amazing work!