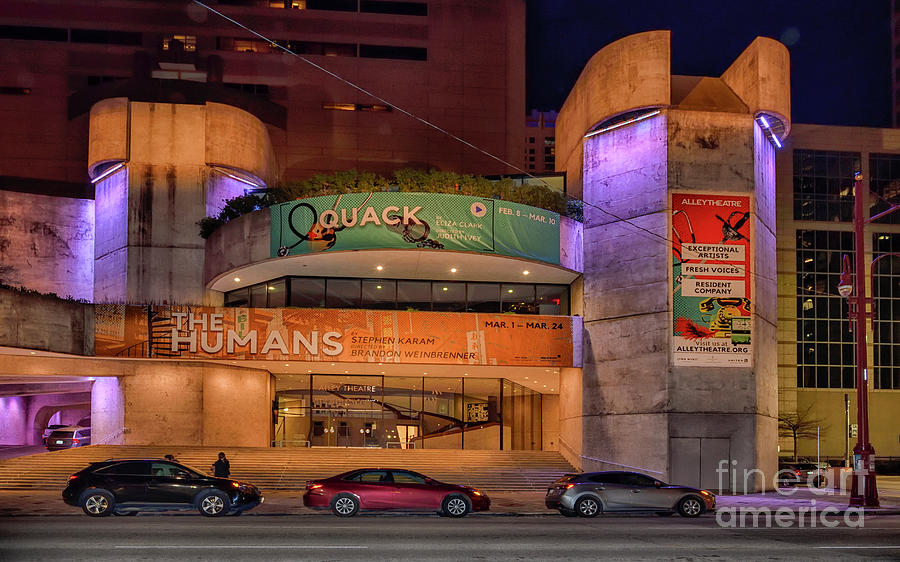 The Alley Theatre is a Tony Award-winning theatre company in Houston, Texas. It is the oldest professional theatre company in Texas and the third oldest resident theatre in the United States. Alley Theatre productions have played on Broadway at Lincoln Center, toured more than 40 American cities, and played internationally in Berlin, Paris, and St. Petersburg.

The architecture of the Alley in what is known as the Brutalist style, which was popular from the 1950s through the mid-1970s. The term “brutalism” was coined in 1953 and comes from the French béton brut meaning "raw concrete". Concrete is the material most widely associated with Brutalist architecture. The Alley’s building is among many famous Brutalist structures, including Washington D.C.’s L'Enfant Plaza, the J. Edgar Hoover Building, and the Metro stations (WMATA), Yale University’s Art and Architecture Building, Boston City Hall, the FBI Academy, and the Royal National Theatre (London).

The theatre was completely renovated in the mid-2010s but was flooded by Hurricane Harvey and sustained the worst damage of any Houston theatre. The Neuhaus Theatre, located on the building's basement level, was filled with seventeen feet of water. The company's prop storage, containing close to 100,000 props, was completely destroyed. In response to Harvey, the company commissioned a touring children's play that was performed throughout Houston area schools.

Photograph is handheld with a Nikon D850 camera.

Thank you, Maria, for the comment and support of the night lights photograph, "Houston Alley Theatre".