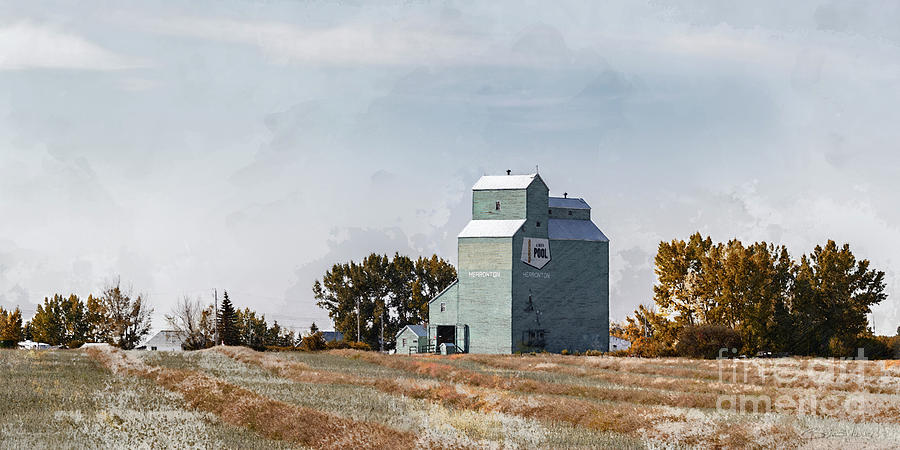 Herronton, Alberta, is named after a former North West Mounted Police (NWMP) blacksmith, Rocky Mountain Ranger, and Member of Parliament for the riding of Macleod, John Herron actually settled in the Pincher Creek area, where he became one of the wealthiest landowners in Alberta.
Other than a post office being opened in 1912, not much more history of this Alberta hamlet is readily known. The Canadian Pacific Railway (CPR) stopped serving this elevator
in the 1990's, but it is still in use and owned by a local farmer.

BRAVO! Your exceptional artwork has earned a FEATURE on the homepage of the FAA Artist Group No Place Like Home, 12/22/2018! You may also post it in the Group's Features discussion thread and any other thread that fits!