Her Time Is Near 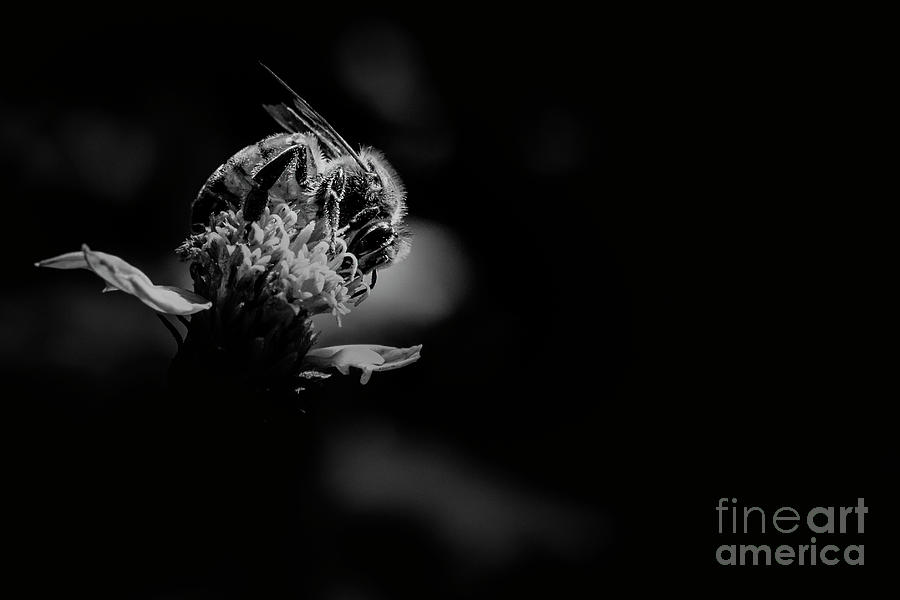 Her Time Is Near

Her wings badly damaged, this worker bee is nearing the end of her life.

The western honey bee or European honey bee (Apis mellifera) is the most common of the 7–12 species of honey bee worldwide.[2][3] The genus name Apis is Latin for "bee", and mellifera is the Latin for "honey-bearing", referring to the species' production of honey for the winter.

Like all honey bees, the western honey bee is eusocial, creating colonies with a single fertile female (or "queen"), many normally non-reproductive females or "workers," and small proportion of fertile males or "drones." Individual colonies can house tens of thousands of bees. Colony activities are organized by complex communication between individuals, through both pheromones and the dance language.

The western honey bee was one of the first domesticated insects, and it is the primary species maintained by beekeepers to this day for both its honey production and pollination activities. With human assistance, the western honey bee now occupies every continent except Antarctica. Because of its wide cultivation, this species is the single most important pollinator for agriculture globally. Honey bees are threatened by pests and diseases, especially the varroa mite and colony collapse disorder.

Western honey bees are an important model organism in scientific studies, particularly in the fields of social evolution, learning, and memory; they are also used in studies of pesticide toxicity, to assess non-target impacts of commercial pesticides.

Congratulations!! This stunning Black and White image has been selected to be featured for the week in the "Creative Black and White Fine Art Photographs" Group’s Home Page!! You are welcome to add a preview of this featured image to the group’s discussion post titled “2018 November: Stunning Group Featured Images and Thank-you’s” for a permanent display within the group, to share this achievement with others. If enabled, your image will also be posted to our group Google+ page. Thank you for your group participation! (November 5, 2018)

Love the image, I’ve added it to the Features on the front page of Honey Bees :)

Thank you so much Shawn!