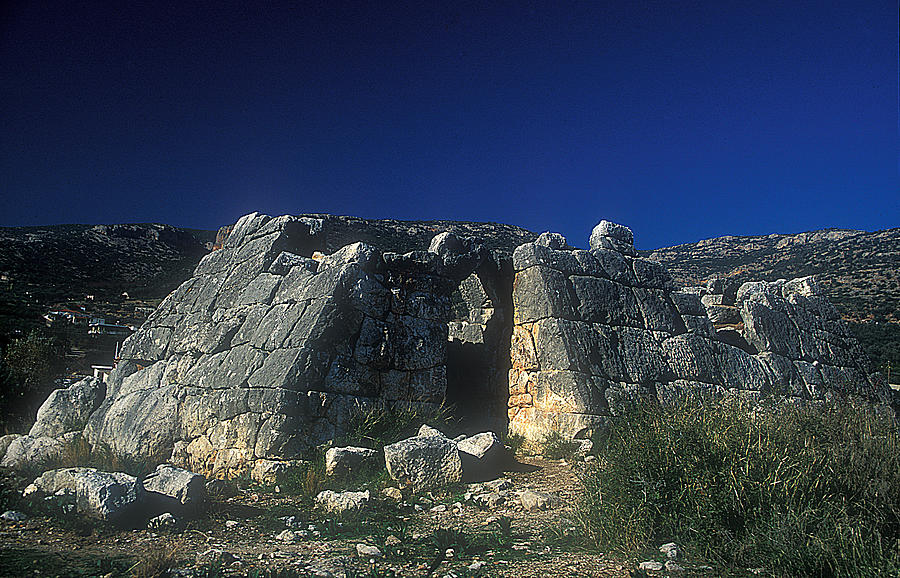 Analog images of megalithic pyramidal at Hellinikon in Argolis. With the method of optical thermoluminescence it was dated at 2730 B.C., classifying them 100 years older the Egyptian pyramid Zoser 2620 B.C. The difference with the Egyptian pyramids is the size.The Greek pyramid is miniature compared to the Egyptian structure was considered to be a burial monument "polyandreion".According to the legend, Proitos and Akrisios two brothers after the fratricide war were buried there by their relatives. Analog has been digitized