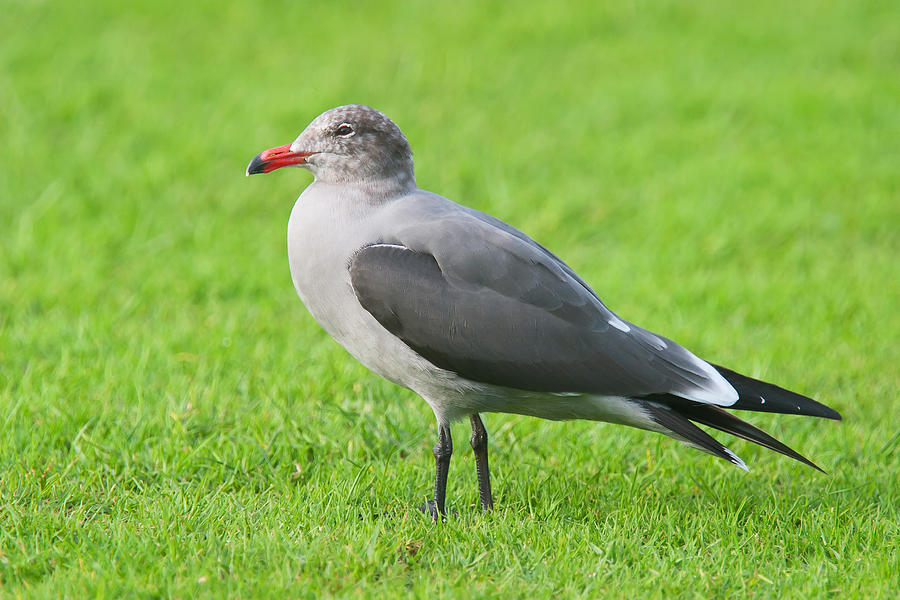 One of North America's most beautiful gulls, Heermann's Gull is a unique bird of the Pacific Coast. Almost the entire global population of this species breeds on one island group off the coast of western Mexico - following breeding season, these gulls disperse northward along the coast as far as southern British Columbia. Surprisingly aggressive for birds their size, Heermann's Gulls steal fish from the pouches of Brown Pelicans and actively chase other birds to dislodge prey items. Because of their heavy reliance on a single island nesting site, Heermann's Gulls are especially susceptible to disturbances such as egg harvesters and introduced predators.

Heermann's Gulls nest on islands along the coast of western Mexico from February to May, and then move northward to the Pacific Coast of the United States following their breeding season. Outside of the nesting season, the species can be found as far north as southern British Columbia, and it may also disperse southward from its Mexican breeding grounds. In Mexico, there are several Important Bird Areas that protect Heermann's Gull breeding grounds, including Isla Benitos, Isla Angel de la Guarda, and Isla Rasa, which supports 300,000 breeding birds; this number represents 95% of the world's breeding population.

Despite being only a medium-sized gull, this species is quite aggressive, and can often be seen harassing other birds to make them drop food items. In addition, Heermann's Gulls will try to steal fish directly from the pouches of Brown Pelicans. In fact, the post-breeding dispersal of Heermann's Gull coincides with the northward movement of Brown Pelicans. These gulls also forage on their own, catching small fish near the surface of the sea. (from http://birds.audubon.org)