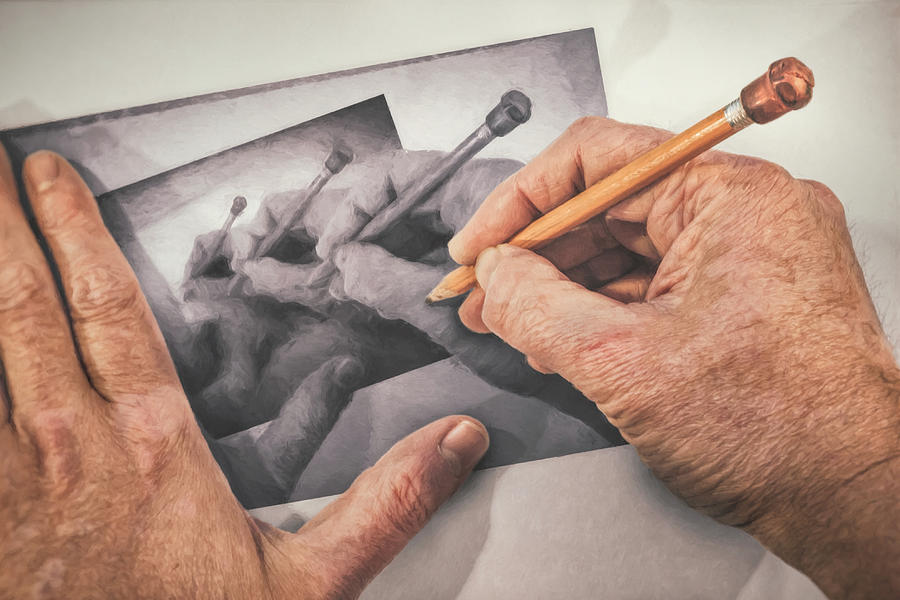 Today, while staring at a blank sheet of paper on my desk, trying to write out a to-do list and thoughts about future photo shoots, I had the idea of trying to create something reminiscent of M.C. Escher's work, "Drawing Hands". So much for the lists!

It was a very simple setup. Actually, it wasn't really a "setup". Tripod in front of the desk and nothing but existing light. I was really only shooting some test frames to see if I could figure out a good way to proceed. Apparently, whatever I did was the way to do it!

I won't bore you with all of the details on the processing for this, but basically I created a base background layer, a shadow later, and a foreground layer with the hands. I then combined all three into a separate layer, created the charcoal look in Topaz Impression, added the result to the background layer, and then lather, rinse and repeat!

Congratulations on your sale! The Artist hand at work, great job!

Congratulations on your recent Sale of your wonderful work..!!! 😊 💖 🌸

Very creative, Scott. And thanks for sharing the details on how you accomplished it. L&F