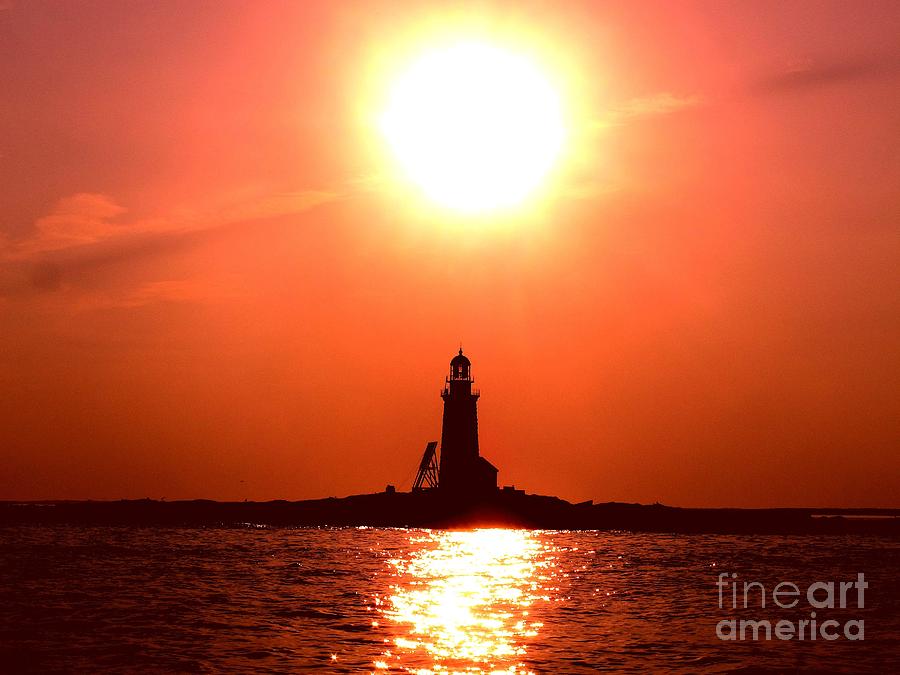 It was always there. When I turned my head on my pillow as a child, in my little bedroom under the giant elm, in our sea-captain's house in Penneville, I could see it blinking away out at the head of Casco Bay. The light on the sea. . . . To me it was as certain a thing as the stars coming out, one by one, in the frame of my window. . . . That lighthouse went right with me to the edge of sleep.

Halfway Rock is a windswept, rocky ledge far out in Casco Bay, about 10 miles east of Portland Head. Its name comes from its location about halfway between Cape Elizabeth and Cape Small in Phippsburg. There are several treacherous ledges in the vicinity that have claimed many vessels, including the brig Samuel in the spring of 1835.

The possibility of erecting a lighthouse in the vicinity was discussed as early as the 1830s, but it wasn't until 1869 that $50,000 was appropriated for the building of a stone tower.

Two major storms slowed construction, and work was halted for a time because the funds had run out. After an additional $10,000 was appropriated, the 76-foot granite tower was finished in the summer of 1871.

The construction of the tower was very similar to Massachusetts' Minot's Ledge Light, with massive granite blocks dovetailed together. The lighthouse originally held a third-order Fresnel lens, exhibiting a white light punctuated by a red flash every minute.

What a very nice presentation and congrats for being feature on the Beauty Captured feature page!! v/f/t

pls could you put this photo in my group http://fineartamerica.com/groups/dots.html

What a great catch!

Wow, this is stunning!

Donnie, this is a fabulous image!

wow what great colors, like the reflection of the sun v

Excellent capture Donnie, the light coming off the water with the silhouette of the lighthouse make a beautiful scene!