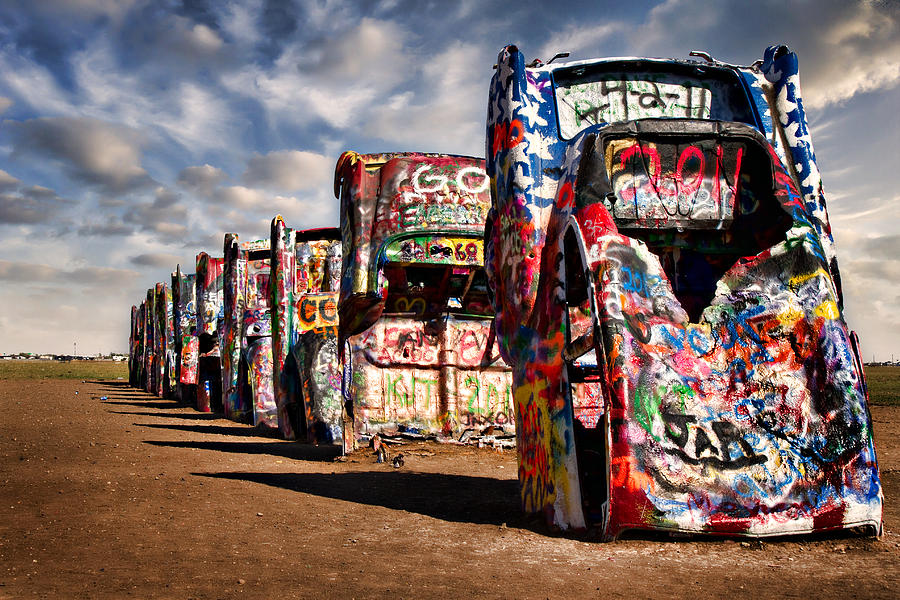 Cadillac Ranch is a public art installation and sculpture in Amarillo, Texas, U.S. It was created in 1974 by Chip Lord, Hudson Marquez and Doug Michels, who were a part of the art group Ant Farm, and it consists of what were (when originally installed during 1974) either older running used or junk Cadillac automobiles, representing a number of evolutions of the car line (most notably the birth and death of the defining feature of early Cadillacs; the tail fin) from 1949 to 1963, half-buried nose-first in the ground, at an angle corresponding to that of the Great Pyramid of Giza in Egypt

Hi Lana... I like your image. I can hear the music just looking at these Caddy’s...Well executed... Cheers Bob fv