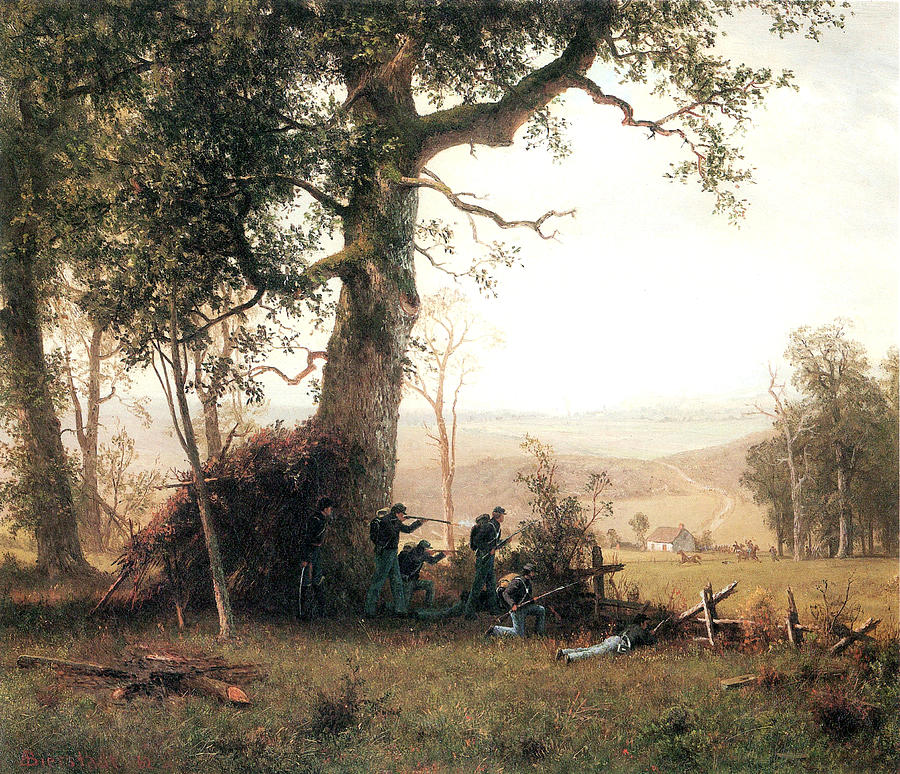 This is a reproduction of Albert Bierstadt’s masterpiece “Guerilla Warfare” of 1862. The artist created the work at the age of thirty having been born in Solingen, Germany. His family moved to Massachusetts when he was three years old and he began painting in New England at an early age. He studied painting in Dusseldorf, Germany from 1853 to 1857 and first ventured to the western United Staes in 1859 and returned four years later. He was a member of the Hudson River School. He was popular in his day and remains popular today though critics have commented on his use of over-large canvases and excessive Romanticism. The painting depicts Union Sharpshooters firing on a Confederate column in rural Virginia. The original of this work is an oil on panel measuring 39.3 by 47.3 centimeters. It is in the Century Association in New York City.