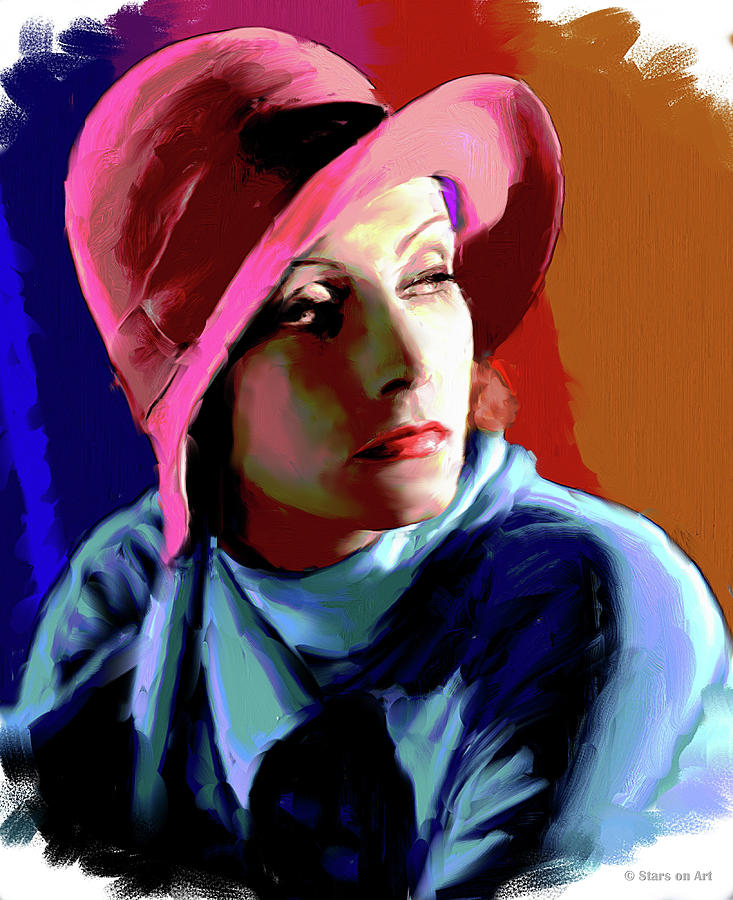 Digital painting of Greta Garbo. Of all the stars who have ever fired the imagination of film audiences, none has quite projected a magnetism and a mystique equal to Garbo's. Mysterious, unattainable, and ever-changing, she appealed to both male and female audiences. On the screen, as off, she represented a remote figure of loveliness—aloof, enigmatic, craving to be alone.

Beautiful. I love the light on her face and the red hat with the blue top Against the background colors. Really strong and bold and at the same time lovely and soft.