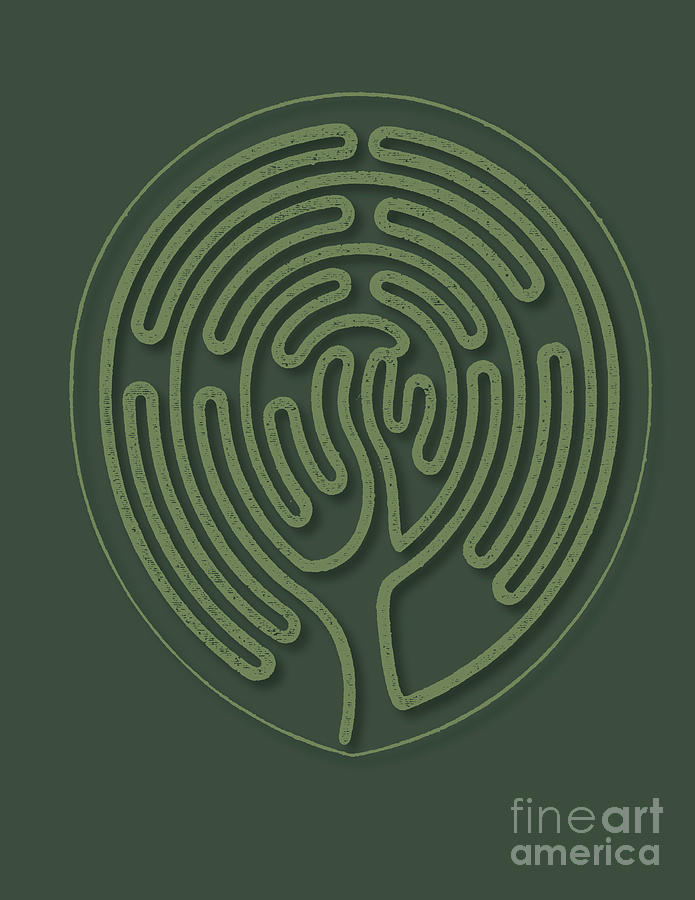 Green Mind Labyrinth. In Greek mythology, the Labyrinth (Greek: Λαβύρινθος, Labýrinthos) was an elaborate, confusing structure designed and built by the legendary artificer Daedalus for King Minos of Crete at Knossos. Its function was to hold the Minotaur, the monster eventually killed by the hero Theseus. Daedalus had so cunningly made the Labyrinth that he could barely escape it after he built it.
Although early Cretan coins occasionally exhibit branching (multicursal) patterns, the single-path (unicursal) seven-course "Classical" design without branching or dead ends became associated with the Labyrinth on coins as early as 430 BC, and similar non-branching patterns became widely used as visual representations of the Labyrinth – even though both logic and literary descriptions make it clear that the Minotaur was trapped in a complex branching maze. Even as the designs became more elaborate, visual depictions of the mythological Labyrinth from Roman times until the Renaissance are almost invariably unicursal. Branching mazes were reintroduced only when hedge mazes became popular during the Renaissance.