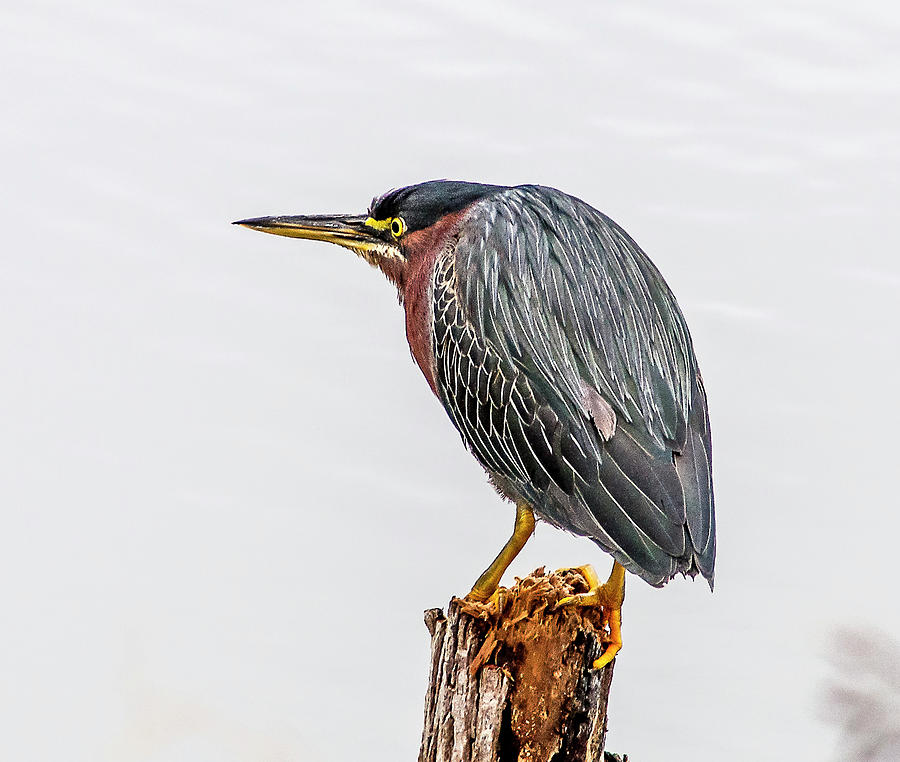 A green heron looks for prey in the canal beside the Lake Apopka North Shore Wildlife Drive in Orange County, Florida.

The green heron (butorides virescens) is a denizen of low lying wetlands such as wooded ponds, marshes, rivers, swamps, reservoirs and estuaries. They can be found in the eastern United States, the west coast of the United States, Mexico, Central America, down into northern South America and the Caribbean. The best time to see them is at dusk or dawn.

The green heron usually stands motionless at the waters edge or on low vegetation where it feeds mainly on small fish but also eats insects, crustaceans, rodents, snakes, and other small prey that might come into reach. They usually forage in shallow water no more than four inches deep. They don't wade as often as other herons, but do sometimes dive for deep water prey.

Congratulations, your image is featured on the homepage of FLORIDA -- ART OF THE SUNSHINE STATE!

I'm really glad you like it Beatriz. Thank you very much for the feature in the group "FLORIDA - ART OF THE SUNSHINE STATE.."