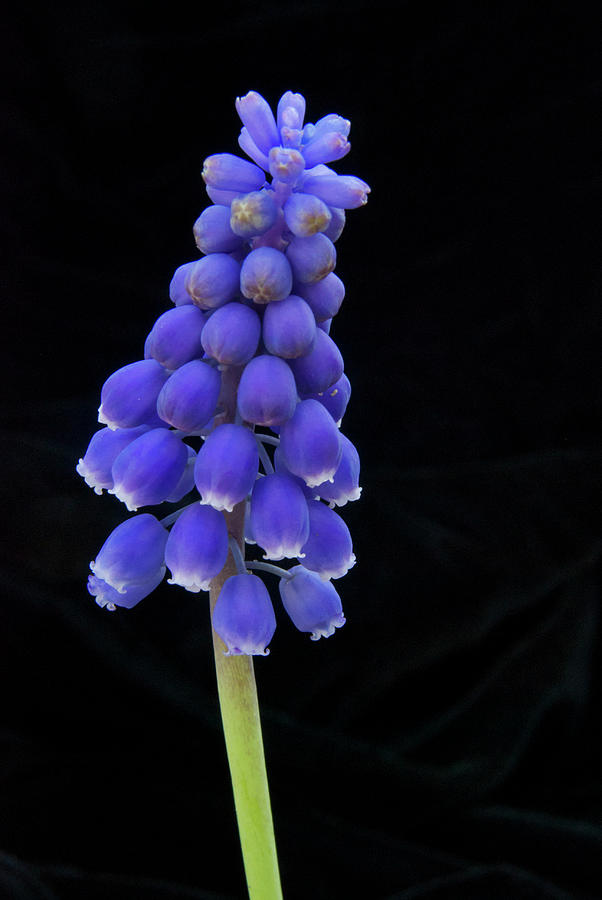 The hyacinths are a flowering build of the Asparagaceae family. Some of the varieties were formerly classified as being in the lily family. The bulbs of the hyacinths contain the poison oxalic acid and care should be taken in handling the bulbs. The hyacinth myth - Hyacinth was loved by both the god Apollo and Zephyr the West wind. One day Apollo and Hyacinth were taking turns throwing a discus and Hyacinth decided to run and catch it to impress the god Apollo. Hyacinth was struck by the discus and killed. Zepher was held responsible for the death of Hyacinth, when out of jealousy Zepher blew on the discus changing its course and struck Hyacinth. Hades came to claim the body of Hyacinth but Apollo would not allow it and created a flower from the spilled blood of Hyacinth. The wild version of many of the cultivated flowers originated in the eastern Mediterranen regions, however there are many other wild varieties around the world.