Graceland Cemetery - Garden Of The Dead 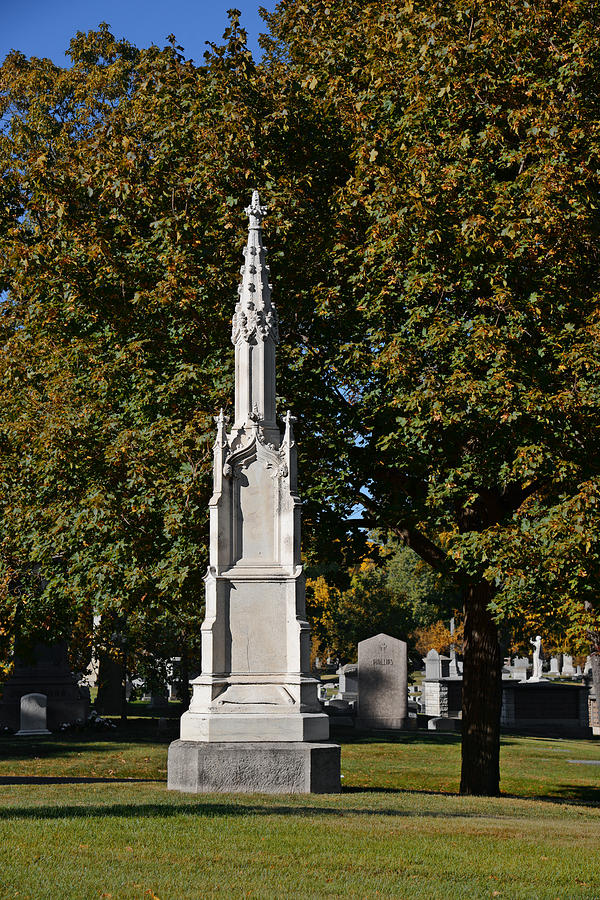 Graceland Cemetery - Garden Of The Dead

© Christine Till
In Chicago, IL, the living and the dead have always sought the same space, high and dry land with good transportation. Graceland Cemetery is a large Victorian era cemetery located in the north side community area of Uptown, in the city of Chicago, Illinois, USA. Established in 1860, the cemetery is typical of those that reflect Queen Victoria's reconception of the early 19th century "graveyard". Instead of poorly-maintained headstones, and bodies buried on top of each other, on an ungenerous parcel of land, the cemetery became a pastoral landscaped park dotted with memorial markers, with room left over for picnics, a common usage of cemeteries.

Graceland Cemetery brought together some of Chicago's best architects and landscape gardeners in this celebrated “garden of the dead.” Representing Chicago's foray into the landscaped cemetery, Graceland's roads, pathways, ponds, and naturalistic plantings surround monuments to some of Chicago's leading figures. The cemetery design was influenced by a host of landscape luminaries, with O. C. Simonds having the longest tenure.

Graceland Cemetery is a fascinating time capsule of history and landscaping. Here, on about 120 acres of land, surrounded by the bustling city, saint and sinner alike rest in perpetual silence. In life, they were friends or foes, artists or patrons; in death, fellow tenants of God's green acre. Here is the monument to railroad-car magnate George Pullman, whose labor practices prompted widespread unrest and strikes. Here is the marker for John Altgeld, Illinois's governor during the Pullman strike, whose sympathetic ear labeled him an anarchist. Exquisite monuments were crafted for Chicago's leading family names such as Ryerson, Getty, and Goodman, by equally renowned architects such as Louis Sullivan and Howard Van Doren Shaw, who later were themselves laid to rest at Graceland.

Architectural masterpieces, local history and beauty are the magnets that attract people to Graceland. It is one of the most interesting cemeteries in the world.