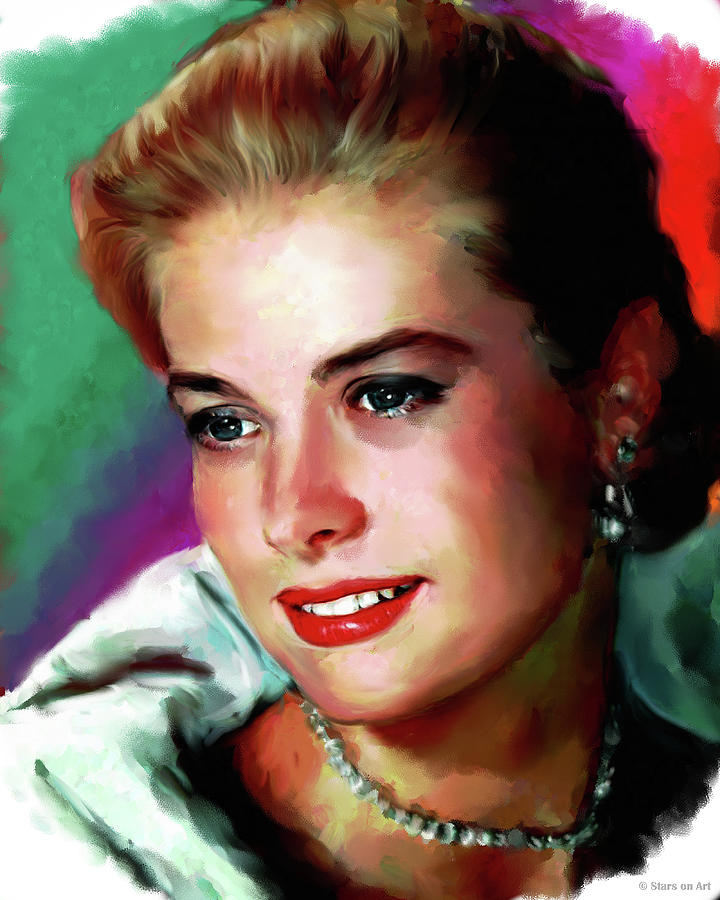 Digital painting Grace Kelly. Kelly (1929 – 1982) was an American film actress who starred in several notable films during the 1950s. She became Princess of Monaco by marrying Prince Rainier III in April 1956. At 52, still one of the world's most beautiful and elegant women, she died after a fatal car accident,

Her serene beauty attracted attention in Hollywood, and she landed a bit part in the film “Fourteen Hours” (1951). The following year she got her first starring role as the wife who ultimately did not forsake Gary Cooper in “High Noon.” She was nominated for a best-supporting actress Oscar in 1953 for her portrayal of an adulteress in “Mogambo,” co-starring Clark Gable and Ava Gardner. She won a Golden Globe Award along with an Academy Award nomination.

In 1954, she won the Oscar for Best Actress for her role in “The Country Girl,” with Bing Crosby. Also with Crosby, she was in the romantic musical “High Society” (1956.) She then starred in three Alfred Hitchcock thrillers in succession: “Dial M for Murder” (1954) with Ray Milland, “Rear Window” (1954) with James Stewart, and “To Catch a Thief” (1955) with Cary Grant.

While filming of "To Catch a Thief," the action of which takes place on the French Riviera, she met Prince Rainier III, the ruler of the tiny principality of Monaco. They married in 1956 in a spectacular royal ceremony, and Grace retired from the screen.
(credit: Wikipedia)