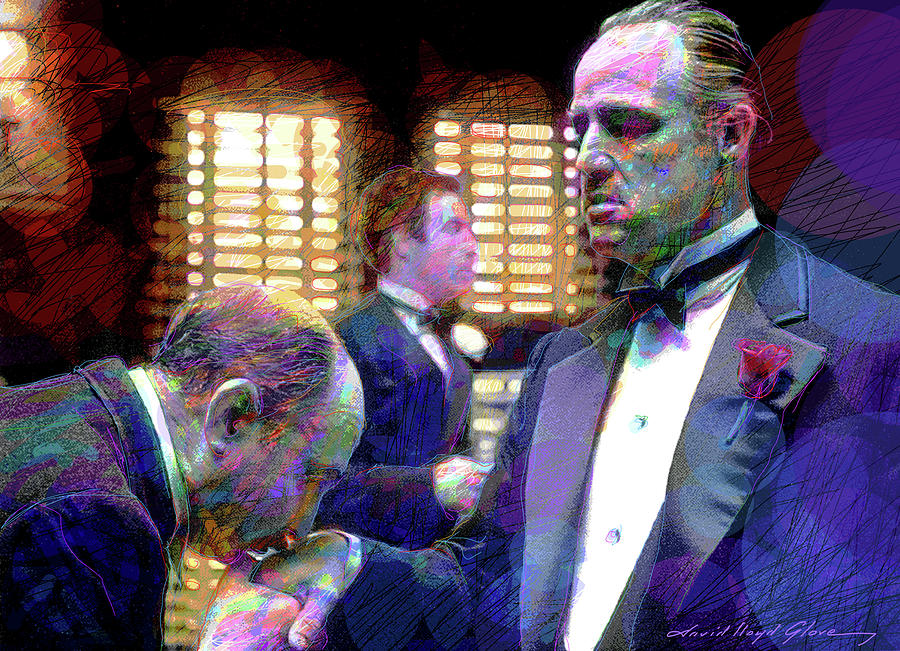 Bonasera has come to Vito’s office to ask for the favor of murdering the two men who attempted to rape his daughter. Vito, however, rejects Bonasera’s request, as Bonasera’s daughter is still alive and according to Vito “the two men are not murderers.” Original acrylic on canvas painting by David Lloyd Glover

The Godfather is one of those movies that still appeal to the audience. This makes for a different kind of painting. Well done!

Who could forget this cinematic moment!! Thanx Mario.