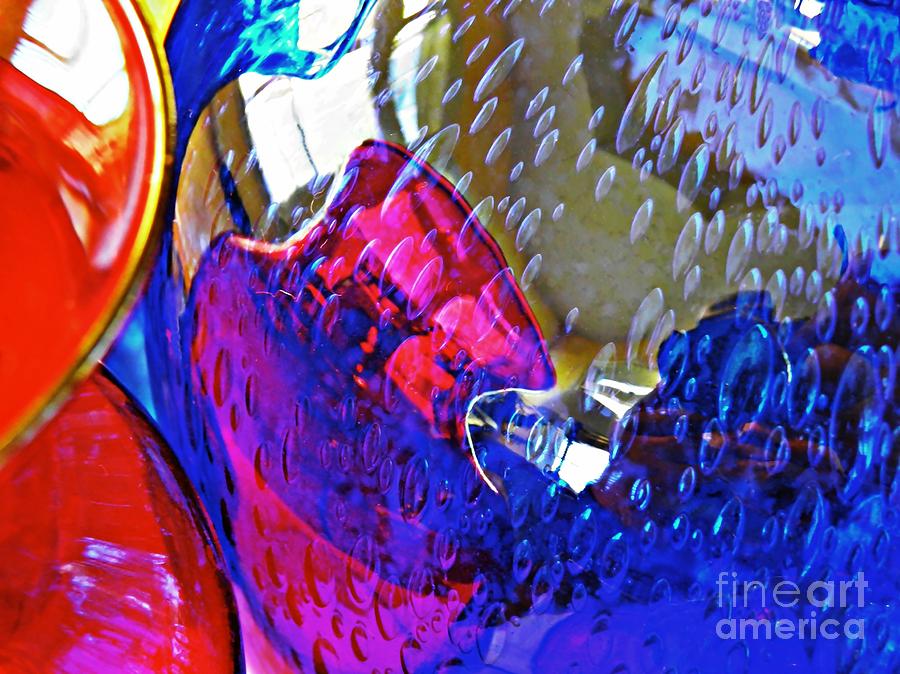 Colored glass has been popular for centuries for use in windows and household items such as drinking glasses. The earliest forms of colored glass were caused by impurities in the sand used to produce the glass. Later, colors were introduced deliberately into glass by addition of minerals or metals during the production process. Also entering into the composition are the reflections of shapes and colors in the environment.

Per Wikipedia: Abstract photography, sometimes called non-objective, experimental, conceptual or concrete photography, is a means of depicting a visual image that does not have an immediate association with the object world and that has been created through the use of photographic equipment, processes or materials. An abstract photograph may isolate a fragment of a natural scene in order to remove its inherent context from the viewer, it may be purposely staged to create a seemingly unreal appearance from real objects, or it may involve the use of color, light, shadow, texture, shape and/or form to convey a feeling, sensation or impression. The image may be produced using traditional photographic equipment like a camera, darkroom or computer, or it may be created without using a camera by directly manipulating film, paper or other photographic media, including digital presentations.