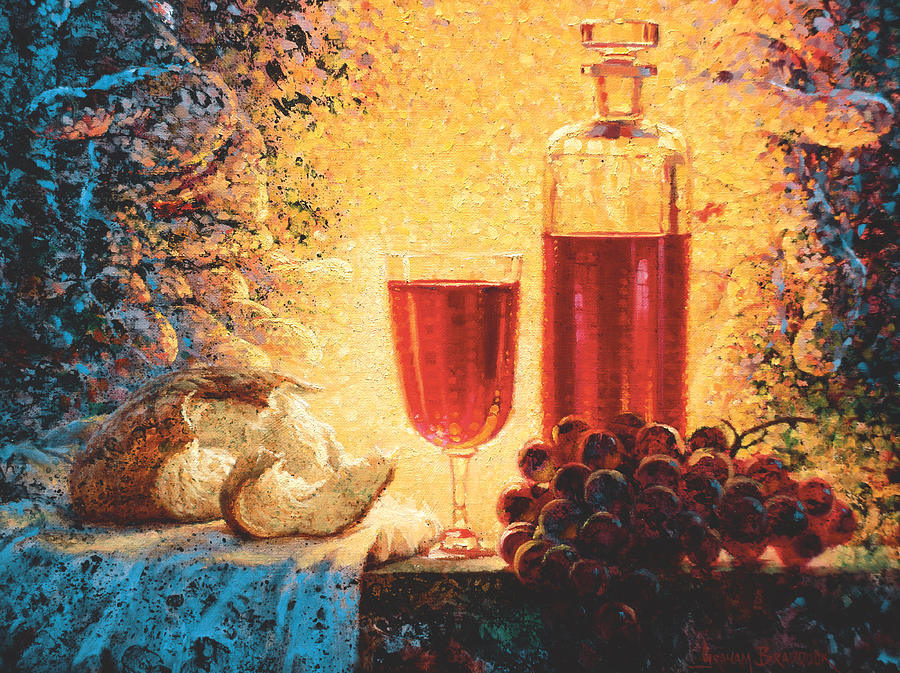 Three men sat down for an evening meal in the village of Emmaus. Two had been followers of Jesus, the third person was a stranger whom they had met that day. Lukes gospel says that as He sat at the table with them, He took bread, blessed and broke it, and gave it to them. Then their eyes were opened and they knew Him; and He vanished from their sight. And they said to one another, Did not our heart burn within us while He talked with us on the road, and while He opened the Scriptures to us? (Luke 24 v 30 � 32).
I set out to record that moment of recognition and revelation.
Maybe they had already been told by the other disciples about the Passover supper where Jesus took bread, and gave thanks, and broke it, and gave unto them saying, This is My body which is given for you: this do in remembrance of Me. Also the cup after supper, saying, This cup is the new covenant in My blood, which is shed for you. Luke 22 v 19, 20.

thank you for your encouragement!

And I love His gift! Congratulations on you sale - this is beautifully done!

Excellent work! Congrats on the $ale.

raham,Congrats on your sale ,nice work and well done.!