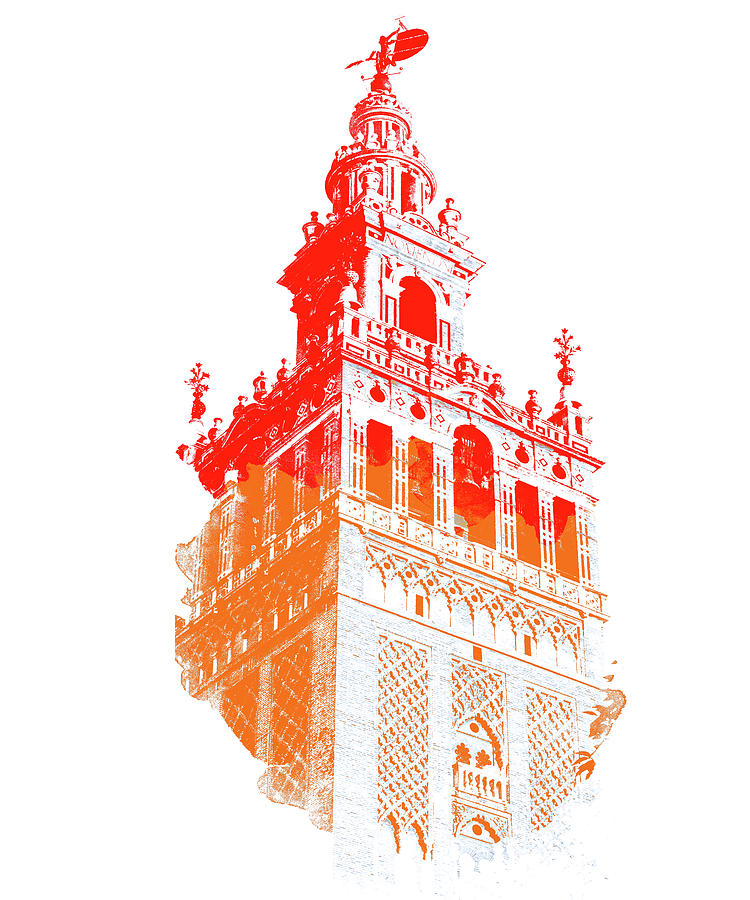 Giralda of Seville by Andrea Mazzocchetti

Icon of Seville, the magnificent Giralda was the tallest building in the city for over 800 years, dominating the skyline at 103m. Originally built in 1195 as the minaret of the Aljama mosque, it is now the belltower of the cathedral, and is recognised as World Heritage by UNESCO.
The name Giralda means "she who turns" - girar is to turn in Spanish, after the weather vane on top of the tower, a statue representing faith called El Giraldillo.