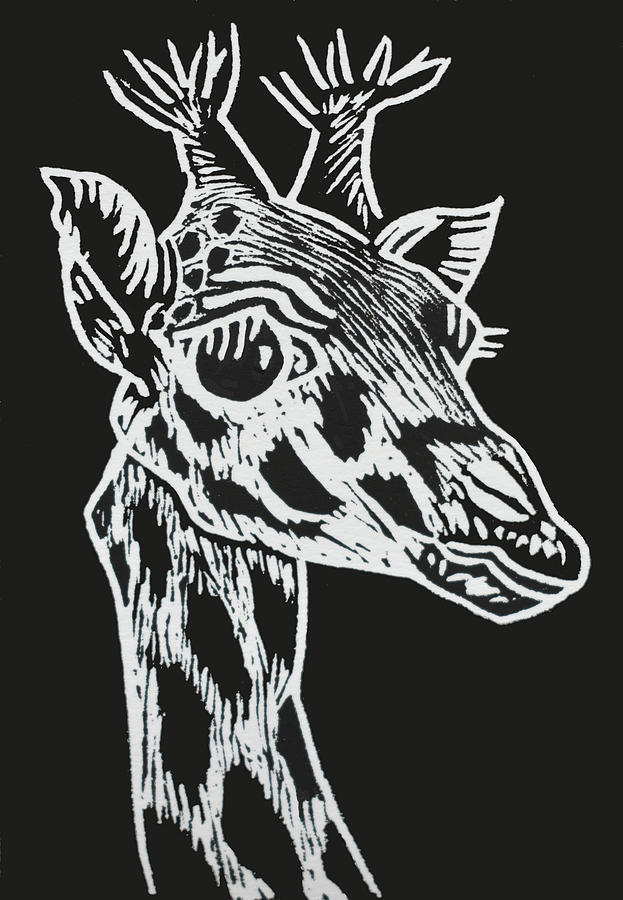 Many people think giraffes are plentiful because they are so commonly seen in zoos, but sadly they are endangered in the wild. Found only in fragmented herds in sub-Saharan Africa, giraffe populations have declined by 40% in 30 years. Habitat loss is the main reason, primarily from the conversion of woodlands into farms & ranches; and the charcoal industry’s over-harvesting of the trees giraffes depend on for food. The international trade in giraffes and their parts—in which the United States pays a significant role—is another major cause of their declining population. This trade, including hunting & killing giraffes for sport, is legal because the U.S. doesn’t currently recognize the species as endangered. Part of the 100 WILD ANIMAL MINI-PRINTS series.

I love this! I think giraffes are one of the best of the African animals. l/f/t

One of my favorite African animals. Lovely drawing and series, Beatriz. L/tw

Congratulations on your feature in Promoting Printmaking

I am saddened to read in your description that they are being hunted. So sad. What a beautiful image of a noble animal, Beatriz. Love those eyelashes. f/l

Beatriz,Your Presentation of the Giraffe Is Excellent! I read the write-up you did about them! I didn't realize people hunted & shot these Beautiful Animals! L/F