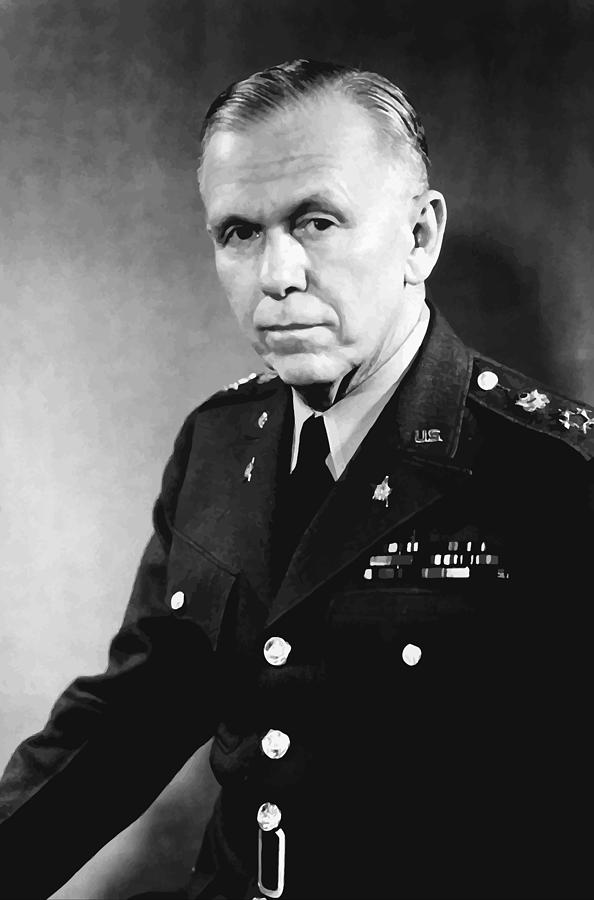 Winston Churchill called Marshall the "organizer of victory" during WW2. Marshall was the big-cheese during the the greatest war in history. He handled prima donna generals like MacArthur, Patton, and Montgomery with great skill and was FDR's chief military adviser. After the war Marshall received the Nobel Peace Prize for his plan to rebuild Europe and stop the advance of communism.

I love this style. Wonderful stuff.