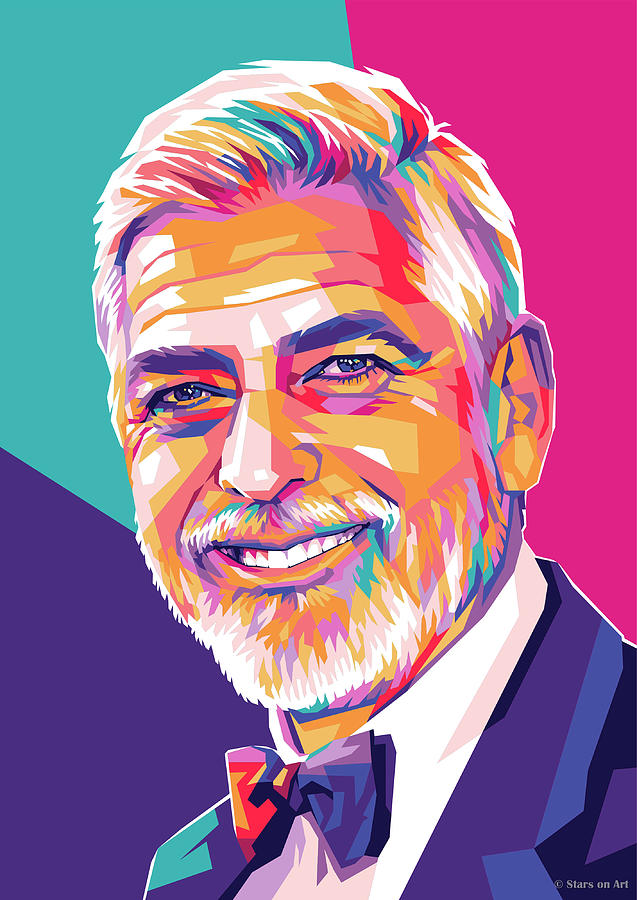 Illustrated portrait of actor George Clooney (born May 6, 1961.) Clooney is an American actor, film director, producer and screenwriter. He received three Golden Globe Awards and two Academy Awards, one for his role in “Syriana” (2006) and the other as co-producer of “Argo” (2012). In 2018, he was the recipient of the AFI Lifetime Achievement Award.

While working on the television series “ER,” he began acting in leading film roles, with his breakthrough in “From Dusk till Dawn” (1996), and the crime comedy “Out of Sight” (1998). In 1999 he starred in “Three Kings,” a war satire set during the Gulf War. In 2001 his fame widened with the heist comedy remake of “Ocean's Eleven,” the first of what became a trilogy.