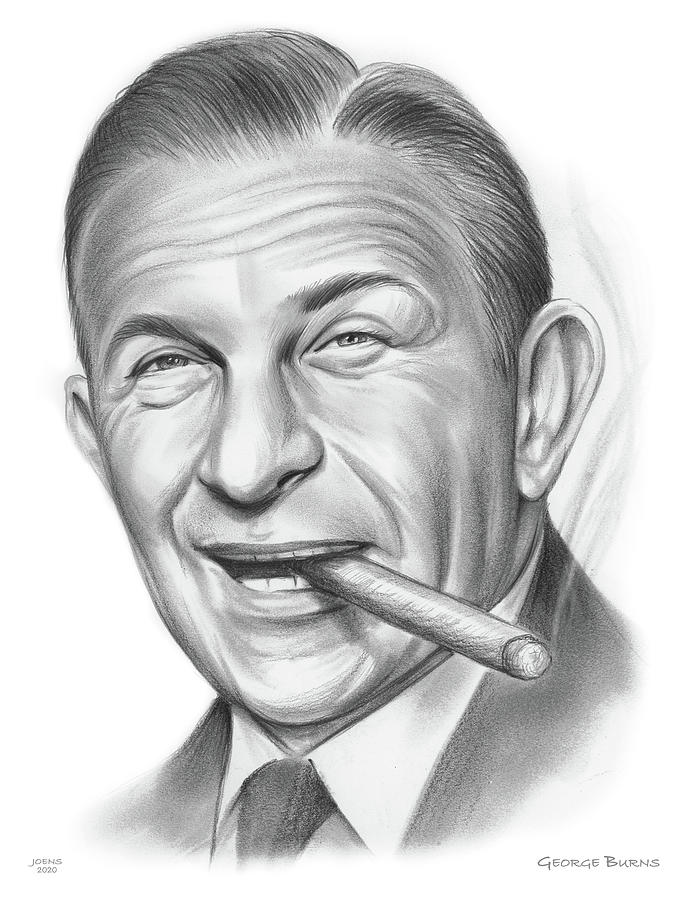 George Burns (1896-1996) was an American comedian, actor, singer, and writer. He was one of the few entertainers whose career successfully spanned vaudeville, radio, film, and television. His arched eyebrow and cigar-smoke punctuation became familiar trademarks for over three-quarters of a century. He and his wife, Gracie Allen, appeared on radio, television, and film as the comedy duo Burns and Allen.

At age 79, Burns had a sudden career revival as an amiable, beloved, and unusually active comedy elder statesman in the 1975 film The Sunshine Boys, for which he won the Academy Award for Best Supporting Actor. Burns, who became a centenarian in 1996, continued to work until just weeks before his death of cardiac arrest at his home in Beverly Hills.