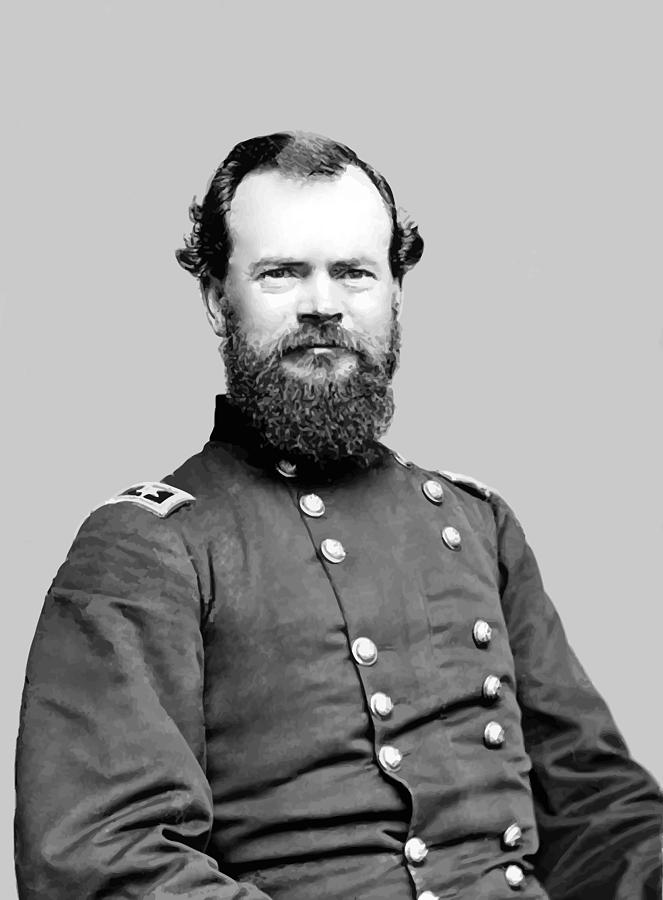 James Birdseye McPherson was a career U.S. military officer serving with the Union Army during the American Civil War. After graduating first in his class from West Point in 1853, McPherson's career rose steadily. He was promoted to the rank of Major General and given command of the XVII Corps on October 8, 1862. General McPherson was later given command of the Army of the Tennessee. He was killed in battle, July 22, 1864, making him the highest ranking Union officer killed during the war.