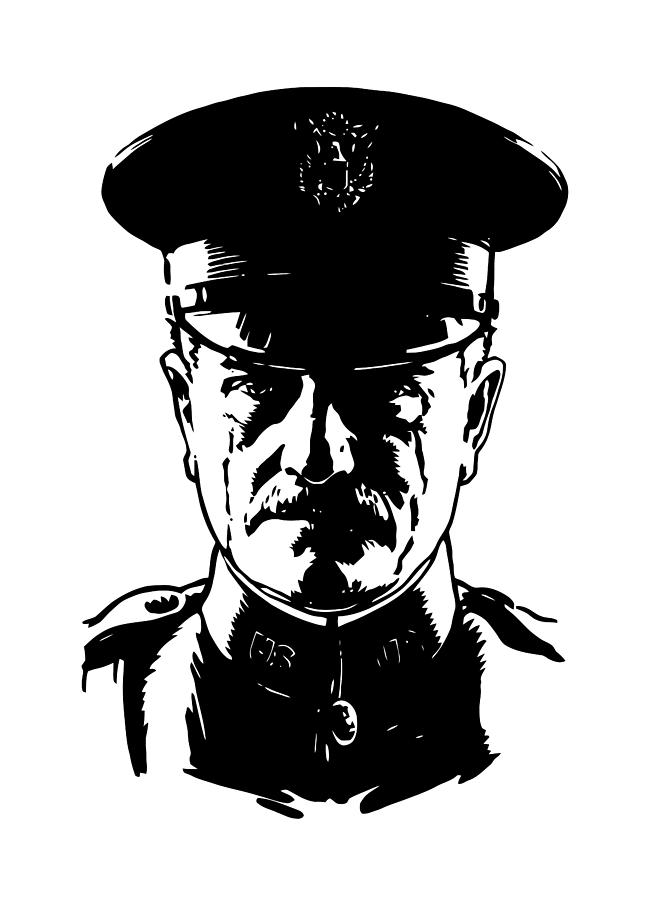 General John J. Pershing was one hell of a soldier and leader. After graduating from West point, Pershing held many positions and after commanding a regiment of Buffalo Soldiers he was nicknamed "Black Jack". During World War One Pershing led the American Expeditionary Force, becoming a role model and mentor to the next generation of generals whom led American forces during WW2.