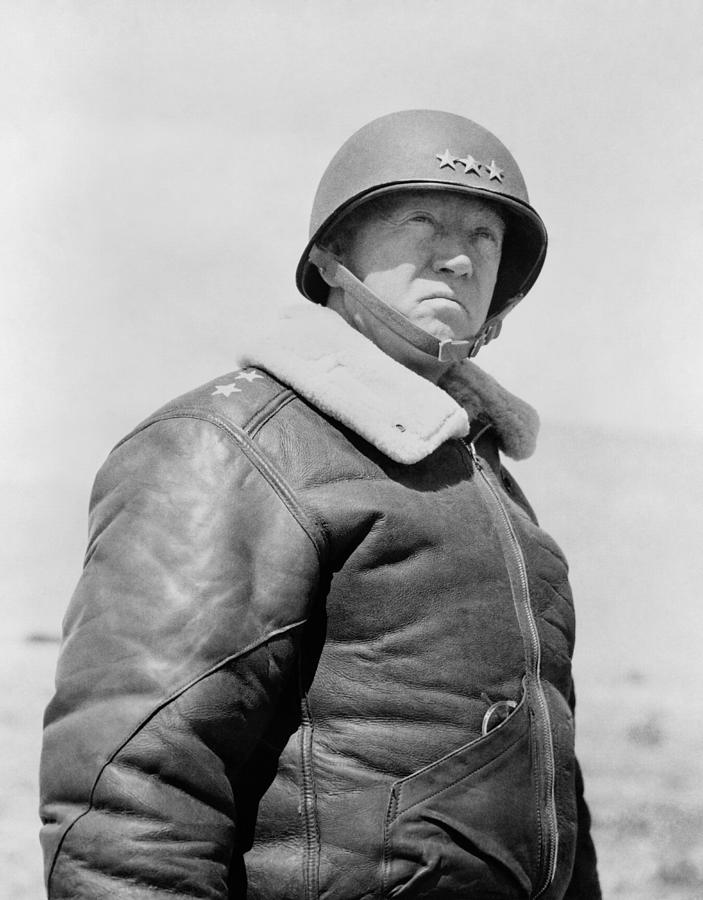 George Smith Patton was born into a family with a rich military history and a richer bank account. He attended V.M.I for one year before transferring to West Point where he graduated in 1909. Patton participated in the pentathlon during the 1912 Summer Olympics and finished fifth overall. During WW1 Patton was assigned to the newly formed Tank Corps where he thrived. He was awarded the Distinguished Service Cross after personally leading an attack on German machine guns. During the attack Patton was wounded and received the Purple Heart Medal. During WW2 Patton's strong opinions and "loud mouth" caused him many headaches. Despite his problems, Patton was feared by the enemy and was a fine leader of men. His armies blitzed through enemy lines only being slowed by fuel shortages. Sadly Patton died from injuries received during a freak traffic accident, shortly after the War in Europe ended. He is buried in Hamm, Luxembourg at the head of his former troops, the brave men of the U.S. Third Army.