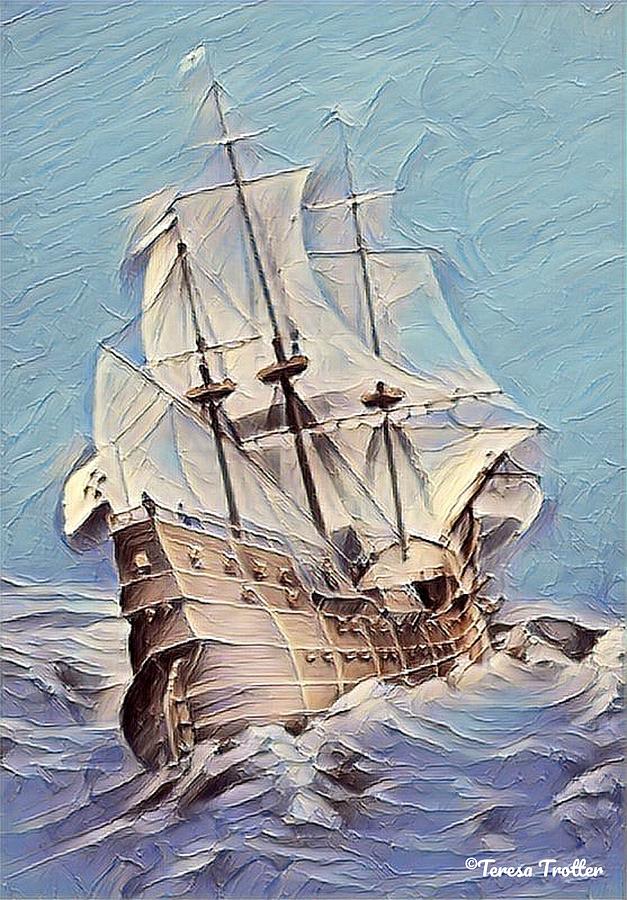 Galleons were large, multi-decked sailing ships first used by the Spanish as armed cargo carriers and later adopted by other European states from the 16th to 18th centuries during the age of sail and were the principal fleet units drafted for use as warships until the Anglo-Dutch Wars of the mid-1600s.[2] Galleons generally carried three or more masts with a lateen fore-and-aft rig on the rear masts, were carvel built with a prominent squared off raised stern, and used square-rigged sail plans on their fore-mast and main-masts.

Such ships were the mainstay of maritime commerce into the early 19th century, and were often drafted into use as auxiliary naval war vessels—indeed, were the mainstay of contending fleets through most of the 150 years of the Age of Exploration—before the Anglo-Dutch wars brought purpose-built ship-rigged warships that thereafter dominated war at sea during the remainder of the age of sail.

Thanks for the fave Maria.

Thanks Julie for the feature.

Thanks for the fave Dianne.

Thanks Frozen for the feature.

Thanks Janis for the feature.

Absolutely marvelous. This is so gorgeous! F/L/TW