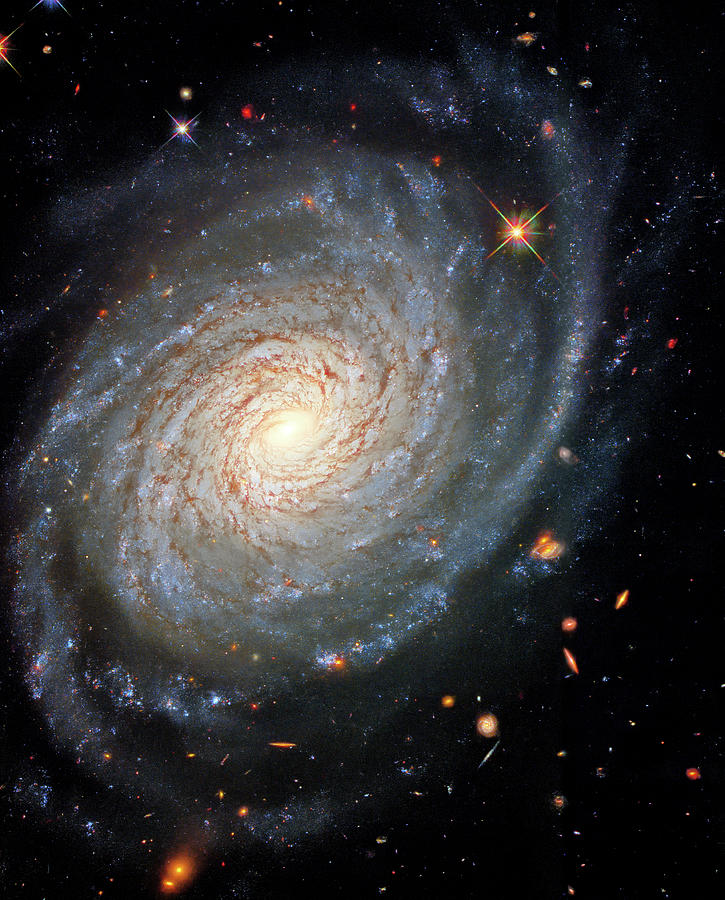 The lazily winding spiral arms of the spectacular galaxy NGC 976 fill the frame of this image from the NASA/ESA Hubble Space Telescope. This spiral galaxy lies around 150 million light-years from the Milky Way in the constellation Aries. Despite its tranquil appearance, NGC 976 has played host to one of the most violent astronomical phenomena known — a supernova explosion. These cataclysmicly violent events take place at the end of the lives of massive stars, and can outshine entire galaxies for a short period. While supernovae mark the deaths of massive stars, they are also responsible for the creation of heavy elements that are incorporated into later generations of stars and planets.

Supernovae are also a useful aid for astronomers who measure the distances to faraway galaxies. The amount of energy thrown out into space by supernova explosions is very uniform, allowing astronomers to estimate their distances from how bright they appear to be when viewed from Earth. This image — which was created using data from Hubble’s Wide Field Camera 3 — comes from a large collection of Hubble observations of nearby galaxies which host supernovae as well as a pulsating class of stars known as Cepheid variables. Both Cepheids and supernovae are used to measure astronomical distances, and galaxies containing both objects provide useful natural laboratories where the two methods can be calibrated against one another.