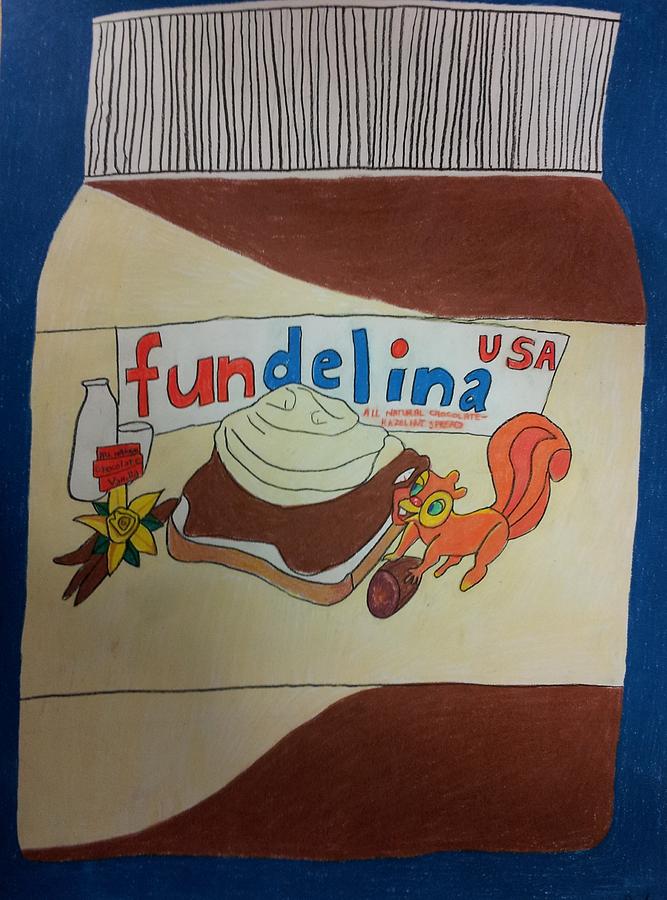 Pietro Ferrero, who owned a bakery in Alba, Piedmont, an area known for the production of hazelnuts, sold an initial batch of 300 kilograms (660 lb) of "Pasta Gianduja" in 1946. At the time, there was very little chocolate because cocoa was in short supply due to World War II rationing.[3] So Ferrero used hazelnuts, which are plentiful in the Piedmont region of Italy (northwest), to extend the chocolate supply. This "Pasta Gianduja" was originally a solid block, but Ferrero started to sell a creamy version in 1951 as "Supercrema".[4]

In 1963, Ferrero's son Michele Ferrero revamped Supercrema with the intention of marketing it throughout Europe. Its composition was modified and it was renamed "Nutella". The first jar of Nutella left the Ferrero factory in Alba on 20 April 1964. The product was an instant success and remains widely popular.[5]

In 2012, French senator Yves Daudigny proposed a tax increase on palm oil from �100 to �400 per metric tonne. At 20 percent, palm oil is one of Nutella's main ingredients and the tax was dubbed "the Nutella tax" in the media.[6]

On 14 May 2014, Poste italiane issued a 50th anniversary Nutella commemorative stamp.[8][9] The 70 Euro cent stamp was designed by Istituto Poligrafico e Zecca dello Stato and features a jar of Nutella on a golden background.[8] Ferrero held a Nutella Day on 17 and 18 May to celebrate the anniversary.[10]

Ingredients
The main ingredients of Nutella are sugar,[11] palm oil, and hazelnut,[12] followed by cocoa solids and skimmed milk. In the United States, Nutella contains soy products.[13] Nutella is marketed as "hazelnut cream" in many countries. Under Italian law, it cannot be labeled as a "chocolate cream", as it does not meet minimum cocoa solids concentration criteria. Ferrero consumes 25 percent of the global supply of hazelnuts.[14]

The traditional Piedmont recipe, Gianduja, was a mixture containing approximately 71.5% hazelnut paste and 19.5% chocolate. It was developed in Piedmont, Italy after taxes on cocoa beans hindered the manufacture and distribution of conventional chocolate.[15]

Production
Nutella is produced in various facilities. In the North American market, it is produced at a plant in Brantford, Ontario in Canada [16] and most recently in San Jos� Iturbide, Guanajuato, Mexico.[17]

For Australia and New Zealand, Nutella has been manufactured in Lithgow, New South Wales since the late 1970s.[18]

Two of the four Ferrero plants in Italy produce Nutella, in Alba, Piedmont, and in Sant'Angelo dei Lombardi in Campania.[19] In France, a production facility is located in Villers-�calles.[20] For Eastern Europe (including Southeast Europe, Poland, Turkey, Czech Republic and Slovakia) and South Africa, it is produced in Warsaw and Manisa. For Germany and northern Europe, Nutella is produced at the Ferrero plant in Stadtallendorf, which has been in existence since 1956.[21]

Ferrero also has a plant in Brazil, which supplies the Brazilian market, with part of the production being exported overseas.[22]

The process of making chocolate spread begins with the extraction of cocoa powder from the cocoa bean. These cocoa beans are harvested from cocoa trees and are left to dry for about ten days before being shipped for processing.[23] Typically cocoa beans contain approximately 50 percent of cocoa butter; therefore, they must be roasted to reduce the cocoa bean into a liquid form.[23] This step is not sufficient for turning cocoa bean into a chocolate paste because it solidifies at room temperature, and would not be spreadable. After the initial roast, the liquid paste is sent to presses, which are used to squeeze the butter out of the cocoa bean. The final products are round discs of chocolate made of pure compressed cocoa. The cocoa butter is transferred elsewhere so it can be used in other products.

The second process involves the hazelnuts. Once the hazelnuts have arrived at the processing plant, a quality control is issued to inspect the nuts so they are suitable for processing. A guillotine is used to chop the nuts to inspect the interior.[24] After this process, the hazelnuts are cleaned and roasted. A second quality control is issued by a computer-controlled blast of air, which removes the bad nuts from the batch.[24] This ensures that each jar of Nutella is uniform in its look and taste. Approximately 50 hazelnuts can be found in each jar of Nutella, as claimed by the company.[25]

The cocoa powder is then mixed with the hazelnuts along with sugar, vanillin and skim milk in a large tank until it becomes a paste-like spread.[26] Modified palm oil is then added to help retain the solid phase of the Nutella at room temperature, which substitutes for the butter found in the cocoa bean. In addition, whey powder is added to the mix because it acts as a binder for the paste. Whey powder is an additive commonly used in spreads to prevent the coagulation of the product because it stabilizes the fat emulsions.[27] Similarly to whey powder lecithin, which is a form of a fatty substance found in animal and plant tissues, is used to emulsify as it promotes homogenized mixing of the different ingredients allowing the paste to become spreadable. It also aids the lipophilic properties of the cocoa powder which, again, keeps the product from separating.[25] Vanillin is added to enhance the sweetness of the chocolate. The finished product is then packaged.

Nutrition
Nutella contains 10.5 percent of saturated fat and 58% of processed sugar by weight. A two-tablespoon (37 gram) serving of Nutella contains 200 calories including 99 calories from 11 grams of fat (3.5g of which are saturated) and 80 calories from 21 grams of sugar. The spread also contains 15 mg of sodium and 2g of protein per serving (for reference a Canadian serving size is 1 tablespoon or 19 grams).[28][29]

Storage
The label states that Nutella does not need to be refrigerated. This is because the large quantity of sugar in the product acts as a preservative to prevent the growth of microorganisms. More specifically the sugar acts as a preservative by binding the water in the product, which prevents the microorganisms from growing.[30] In fact, refrigeration causes Nutella to harden because it contains fats from the hazelnuts. When nut fats are placed in cold temperatures they become too hard to spread. Hazelnuts contain almost 91 percent monounsaturated fat, which are known to be liquid at room temperature and solidify at refrigerator temperatures.[31][32] Room temperature allow the product to have a smooth and spreadable consistency because the monounsaturated oils from the hazelnut are liquid at this state. [33] In addition, the palm oil used in Nutella does not require refrigeration because it contains high amounts of saturated fat and resists becoming rancid.[34] Therefore, Nutella can be stored at room temperature in the cabinet without going rancid before the best before date. The remaining ingredients in Nutella, such as cocoa, skimmed milk powder, soy lecithin, and vanillin also do not require refrigeration.[35] Hence, Nutella does not need to be put in the refrigerator after opening.

In April 2012, Ferrero agreed to pay a $3 million settlement (up to $4 per jar for up to five jars in returns by customers). The settlement also required Ferrero to make changes to Nutella's labeling and marketing, including television commercials and their website.[36]