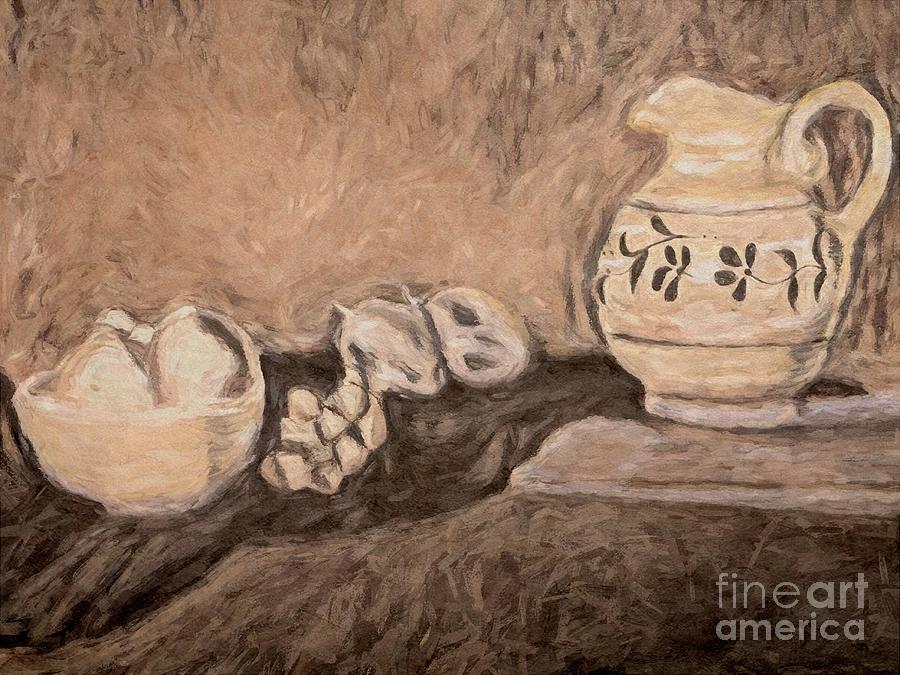 Painting created from a photograph from Judy Bellici. Digital enhanced oil pastel painting of still life in monochrome. Painting created from a photograph taken by Judy Bellici. This is an example of still life (also known by its French title, nature morte) painting is a piece that features an arrangement of inanimate objects as its subject. Usually, these items are set on a table and often include organic objects like fruit and flowers and household items like glassware and textiles. I chose this still life photo to experiment with monochromatic earth tones that are soft on the eyes.

The term “still life” is derived from the Dutch word stilleven, which gained prominence during the 16th century. While it was during this time that the still life gained recognition as a genre, its roots date back to ancient times.

Thank you for feature