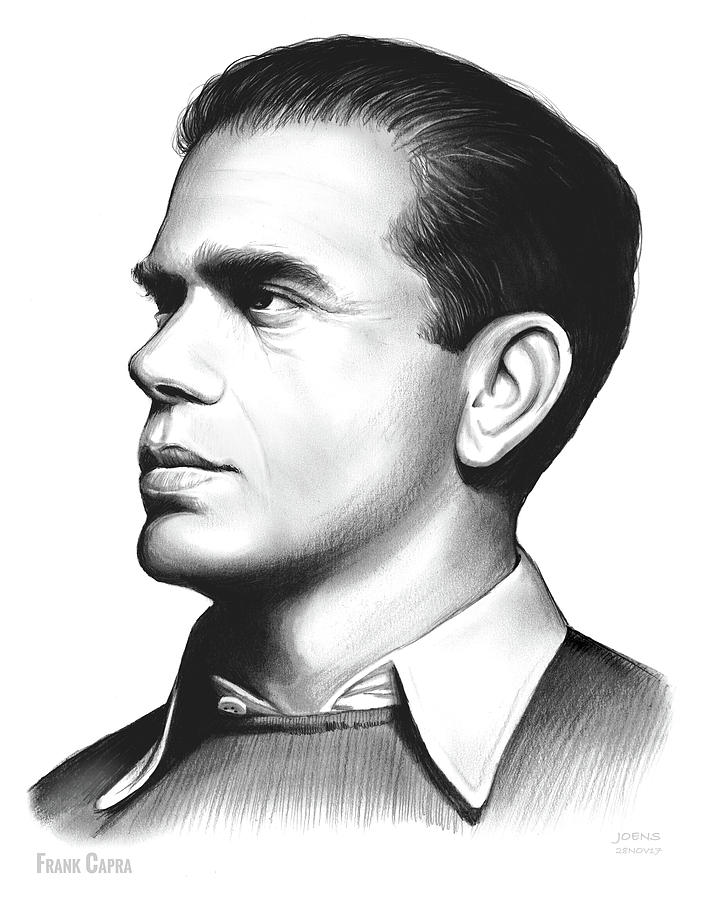 Frank Capra
Sketch of the Day for Tuesday, November 28, 2017

Frank Russell Capra (born Francesco Rosario Capra; May 18, 1897 – September 3, 1991) was an Italian-American film director, producer and writer who became the creative force behind some of the major award-winning films of the 1930s and 1940s. Born in Italy and raised in Los Angeles from the age of five, his rags-to-riches story has led film historians such as Ian Freer to consider him the "American dream personified."

Capra became one of America's most influential directors during the 1930s, winning three Oscars from his six nominations as Best Director, along with three other Oscar wins from nine nominations in other categories. Among his leading films were It Happened One Night (1934), You Can't Take It With You (1938), and Mr. Smith Goes to Washington (1939); Capra was nominated as Best Director and as producer for Academy Award for Best Picture on all three films, winning both awards on the first two. During World War II, Capra served in the U.S. Army Signal Corps and produced propaganda films, such as the Why We Fight series.

After World War II, Capra's career declined as his later films such as It's a Wonderful Life (1946), flopped when it was first released. In ensuing decades, however, this and other Capra films were revisited favorably by critics. Outside of directing, Capra was active in the film industry, engaging in various political and social issues. He served as President of the Academy of Motion Pictures Arts and Sciences, worked alongside the Screenwriters Guild, and was head of the Directors Guild of America.