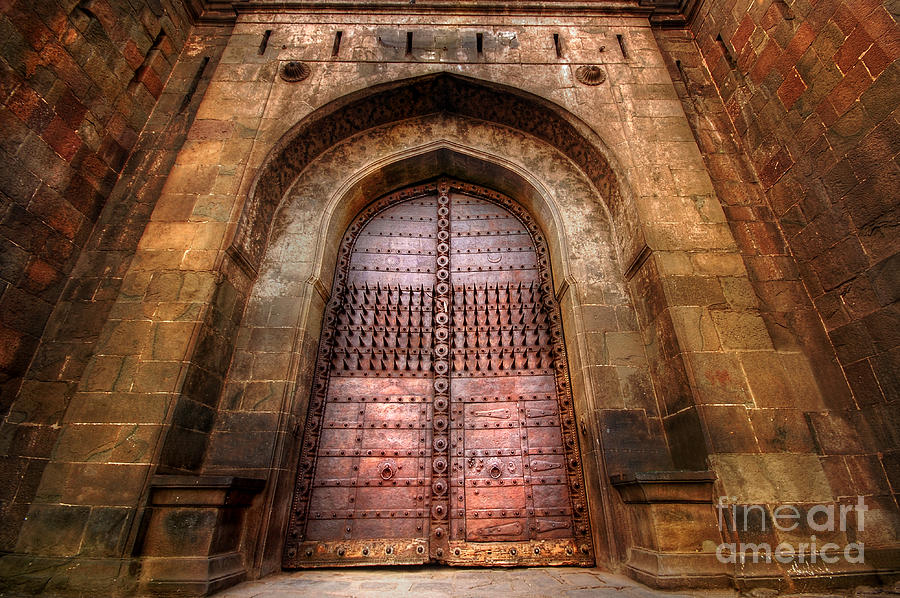 Shaniwar Wada is situated in Shaniwar Peth, near the railway station of Pune. It is a fort, whose foundation was laid down by Peshwa Baji Rao in the year 1729-30. It took two years to complete the fort and later, many additions were also made to it by the successors of Baji Rao. The amazing architecture of the fort speaks volumes about the competence of the Peshwas in the field of town planning. The entire complex of the Shaniwar Wada comprises of fountains, courtyards, blooming gardens, offices, audience halls and residential quarters. * Dilli Darwaza (Delhi Gate), facing north

The Dilli Darwaza is the main gate of the complex, and faces north towards Delhi. Chhatrapati Shahu is said to have considered the north-facing fort a sign of Baji Rao�s ambitions against the Mughal empire, and suggested that the main gate should be made chhaatiiche, maatiche naahi! (Marathi for of the chests of brave soldiers, not mere mud).

The strongly built Dilli Darwaza gatehouse has massive doors, large enough to admit elephants outfitted with howdahs (seating canopies). To discourage elephants charging the gates, each pane of the gate has seventy-two sharp twelve-inch steel spikes arranged in a nine by eight grid, at approximately the height of the forehead of a battle-elephant. Each pane was also fortified with steel cross members, and borders were bolted with steel bolts having sharpened cone heads. The bastions flanking the gatehouse has arrow-loops and machicolation chutes through which hot substances could be poured onto offending raiders. The right pane has a small man-sized door for usual entries and exits, too small to allow an army to enter rapidly.

Even if the main gates were to be forced open, a charging army would need to turn sharply right, then sharply left, to pass through the gateway and into the central complex. This would provide a defending army with another chance to attack the incoming army, and to launch a counterattack to recapture the gateway.

The other gates are known as Mastani or Alibahadur Darwaja, Khidki Darwaja, Ganesh Darwaja and Narayan Darwaja.

A fire engulfed the fort in 1827 and lasted for approximately fifteen days. The devastating fire led to the destruction of the beauty of the palace, along with all of its artifacts. All one can see now is the huge gate of the fort, with its outer stonewalls, bastions and small gates.

The city center inside the Shaniwar Wada of Pune serves as a reflection of how the fort originally looked like, before the fire broke out. On the walls of the fort, one can see paintings depicting scenes from the epics, Ramayana and Mahabharata. The sixteen-petal lotus-shaped fountain standing inside the Shaniwar Wada stands as a proof of the exquisite craftsmanship of those times.

source: Wikipedia and others

Huge L/F& Features into the Groups

Excellent compostion and love the detail and coloring.